A Livingston County Sheriff’s deputy stopped a Kansas City man after he was suspected of a hit and run Tuesday afternoon. Sheriff Steve Cox says dispatch received a report that a vehicle pulling a large enclosed trailer sideswiped a car on Route Z and continued north. Deputy John Stafford was already headed in that direction […]

Wright Memorial Hospital has been recertified as a Level 3 Stroke Center. Marketing and Public Relations Director Jordan Ferguson reports patients at the hospital are treated according to time critical diagnosis protocols. He says if is needed, the patients will be transferred to a higher-level stroke center for definitive care. Missouri’s time-critical diagnosis system helps […] 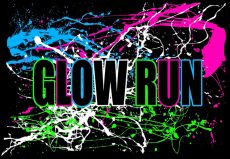 The North Missouri Center for Youth and Families will hold its Sixth Annual Block Party and 5K Glow Run to benefit its Power Up After School Program. The event will be held at the center at 211 Locust Street in Chillicothe the night of June 30 with the block party to begin at 7 o’clock, […]

The North 65 Center in Trenton has announced the resignation of Administrator Sarah Maloney with her final day at the center to be June 28th. Grundy County Council on Aging Secretary Beverly Whitley says Maloney accepted another job. Maloney has been employed as the North 65 administrator since January 2017. Whitley reports the Grundy County […]

The Newtown-Harris R-3 Board of Education at its meeting Monday elected to purchase a riding lawnmower. The 2017 X590 John Deere mower will cost $5,400.  The board also approved a five-year contract for Ricoh copiers for the school years from 2018 to 2023. One copier will be at the high school, and another will be at […]

Several defendants have waived preliminary hearings in the Associate Division of Grundy County Circuit Court. The cases, on various charges, were bound over to the Division One docket of Thursday, June 14th or Thursday, July 12th. Emma Nichole Brown of Trenton faces two drug-related charges and one of hindering prosecution. Bond was continued at $20,000. […]

The Trenton R-9 Board of Education has a new member as the board filled a vacant seat. The board reviewed applications at a meeting Tuesday evening from George Moore and Marcie Cutsinger to fill the vacant position left following previous member Brooke McAtee’s resignation. The board then interviewed each applicant individually while the other stepped […]

(Missourinet) – Branson, the state’s largest tourist destination is considering another draw to the city – Gondola’s. A plan calls for the aerial transportation to run along the 76 Highway corridor, the roadway along which much of Branson’s attractions are located, with two endpoints. Joel Hornickle, the city’s Director of Planning and Development, told KOLR-TV the […]

Trenton resident Shawn Alan Wells was arrested Friday on a felony charge of stealing as well as a warrant for alleged failure to appear in court on a previous charge. The 37-year-old faces charges of appropriating a refrigerator and a cook stove that were described as the property, on April 7th, belonging to Sarah Holtclaw. Bond […]

A 16-year-old from Chillicothe certified as an adult to face a felony charge stemming from an incident in February appeared in Livingston County Circuit Court Thursday. Matthew Ryan Miller has been charged with first-degree assault or attempt—serious physical injury or special victim. Online court information shows a motion to modify bond conditions was sustained. Miller […]

Two teenage boys from Trenton were injured Thursday night when, according to the Highway Patrol, the ATV they were riding on was struck from behind by another vehicle at 8:25 four miles east of Brimson. Taken to Wright Memorial Hospital in Trenton were the operator of the all-terrain vehicle, 14-year-old Riley Rorebeck, and his passenger, 15-year-old Garit […]