Learn about birds and birding when the Missouri Department of Conservation and Missouri State Parks offer a free guided birding hike from 8 a.m. to noon on Monday, May 2, at Crowder State Park near Trenton. Varied ecological habitats make northwest Missouri a good place to see a variety of birds on a single hike. […]

A heated admonishment of one Missouri lawmaker to another has gone viral, getting millions of views on social media. An amendment to a bill in the Missouri House of Representatives is not unusual, but the emotional response to a so-called “anti-transgender law” is getting global attention. Republican Representative Chuck Basye, of central Missouri’s Rocheport, added […]

Trenton VFW Post 919 has held and continues to hold fundraisers for a building renovation project.  Commander Tony Ralston explains what the post is planning with the renovation of the post’s building.     Quartermaster Sam Smith says the Trenton VFW would like to have a full-time psychologist to work with veterans. He notes multiple […]

A Kansas City, Missouri, man was sentenced in federal court for illegally possessing a firearm and methamphetamine to distribute after trying to break into a car and a house. Joel L. Redman, 38, was sentenced by U.S. District Judge Greg Kays to 12 years and seven months in federal prison without parole. On Sept. 15, […]

The Jamesport Lions Club sponsors an Easter Egg Hunt at the Jamesport City Park on April 16th. Participants will search for eggs donated by local businesses starting at 1 p.m. There will be four age groups including three years old and younger, preschool through first grade, second and third grade, and fourth through sixth grade. […]

The Linn County Health Department in Brookfield will hold low-cost blood draws next week. Blood draws will be by appointment only on April 22nd from 7 to 10 o’clock in the morning. Tests to be available include lipids, CBC, and TSH for $5 each; CMP, PSA, and A1C for $10 each; vitamin B12 and vitamin […] 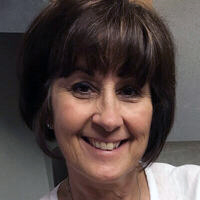 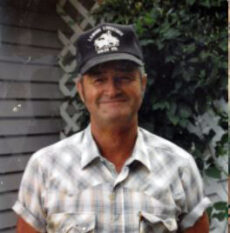 Loren Ray Parkhurst, 89, Eagleville, MO, passed away Tuesday, April 12, 2022, at a Des Moines, IA hospital. He was born on July 24, 1932, the son of Orville and May (Hunsicker) Parkhurst. He was the second of six children. Loren attended grade school at a country school just a few miles from home. He […]

The Jamesport City Council accepted a salary ordinance April 11th. City Clerk Shelley Page reports the ordinance added Zack King as a new employee. His pay is $17 per hour. According to unapproved meeting minutes, King advised the council that the street department needed to purchase cold patch, so patching could begin on some hard […]

Sandra June Kingsolver, age 77, a resident of Chillicothe, Missouri, passed away on Monday, April 11, 2022, at her residence. Sandra was born the daughter of Leroy and Lois Virginia (Hannah) Scott on June 27, 1944, in Los Angeles, California. She was united in marriage to James Everett Kingsolver on May 22, 1960, in Brookfield, […]

Pet Central is hosting an Easter Egg Hunt for dogs at lower Moberly Park, Saturday, April 16, 2022, at 6:30 pm weather permitting. Dogs will sniff out plastic Easter eggs loaded with treats and prizes scattered around lower Moberly park. The event is free to the public however dogs must remain on leashes and be […]

An Easter egg hunt is scheduled this Saturday afternoon, April 16th, in Princeton. The Princeton Chamber of Commerce hosts the event from 1 to 4 p.m. at Levi Lowrey Memorial Park. The Easter bunny arrives on a fire truck at 1 p.m.with the egg hunt begins at 1:15. Photos will follow with the Easter Bunny. […]

The Trenton Park Board approved pool staff pay on April 11th. The pay was set at $10 per hour for first-year certified lifeguards. That is $1 per hour more than last year. Employees returning for their second year, including those who were non-certified staff members last year, will receive $10.25 per hour. Returning employees will […]

An accident at Bucklin Sunday evening resulted in an elderly person being taken by ambulance to University Hospital in Columbia. The patrol listed injuries as minor for 90-year-old Sarah Greer of Bucklin. The patrol reports the car was backing in a private drive when Ms. Greer got out to check for an obstacle without placing […]

Four Missouri-area men have been indicted for their role in a conspiracy to distribute fentanyl, which resulted in an overdose death. Dmitry Cattell, 22, Joseph Burgess, 21, and Jordon Simmer, 20, all of Kansas City, Mo., and Kelton Hill, 22, of Parkville, Mo., were charged in a nine-count indictment returned under seal by a federal […]

The Trenton Park Board did not have a quorum at its meeting on April 6th. The three members present heard from Matt Foster, who was a spokesperson for slow pitch softball. Foster said it was difficult to find fields available in Trenton to hold a benefit or tournament due to half fences on fields. He […]