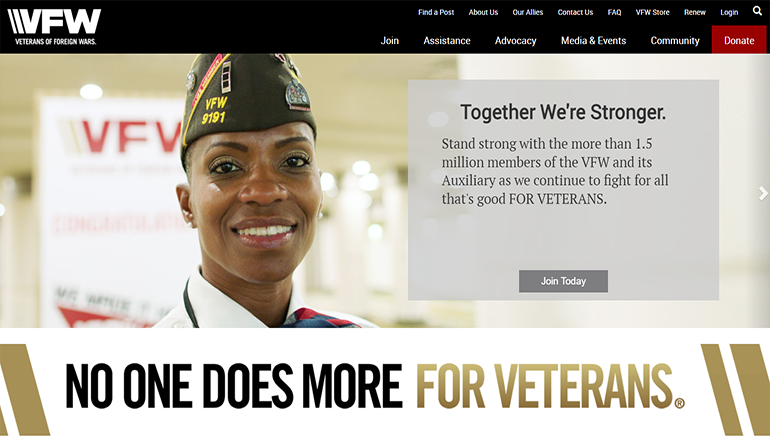 Trenton VFW Post 919 has held and continues to hold fundraisers for a building renovation project.  Commander Tony Ralston explains what the post is planning with the renovation of the post’s building.

Quartermaster Sam Smith says the Trenton VFW would like to have a full-time psychologist to work with veterans.

He notes multiple community organizations use the VFW Hall. The Downtown Improvement Association used the building for Christmas activities. The Daughters of the American Revolution use the building to make blankets for deployed troops.

Smith says the VFW also tries to take care of disabled veterans. It provides a vehicle that takes veterans to Kansas, Kansas City, and Cameron.

The VFW also does training for the funeral honors program, which Smith calls a “pretty serious part” of the post.

One fundraiser for the building renovation is the selling of honor bricks. A brick can be purchased for any veteran, living or deceased, in Grundy County or area counties.

Each brick is four by eight by two inches in size. Each brick also can have up to three lines of up to 20 characters per line.

Two possible locations for the bricks are the World War 1 Memorial at Moberly Park or the Grundy County Museum Military Annex.

Another fundraiser is a raffle for a queen-sized quilt made by the Scrappy Quilters Guild. Tickets cost $5 each or $10 for three. The winner will be drawn on July 4th.

Smith says tickets will be for sale at a fundraising meal planned at Trenton VFW Post 919 on April 20th from 11 to 1 o’clock. The meal will include ham and beans, cornbread, salad, and dessert. Attendees can dine in or carry out for $10 per meal.

One is a funeral honors team. During a recent interview with KTTN’s John Anthony, Quartermaster Sam Smith said the post never turns down anyone. He explained the process begins with a funeral home contacting the state, and then the state contacts the post.

The funeral honors team has to be qualified, and there is a certification process every year.

Smith explained what happens at a funeral honors program.

Smith said any organization can contact the Trenton VFW Post to do a presentation. He noted there are several presentations the post does about the United States flag.

VFW Post 919 has been involved with the Grundy County Museum’s Memorial Day opening in past years.

Smith said the VFW Post has also gone to schools to explain the meaning of the 13 folds when folding a flag.

Post Commander Tony Ralston said if someone wants to become a member of the VFW, he or she can get an application, and that person has to meet certain requirements.

Smith said serving in a conflict overseas is what the organization is about and there are no age requirements for membership in the VFW.