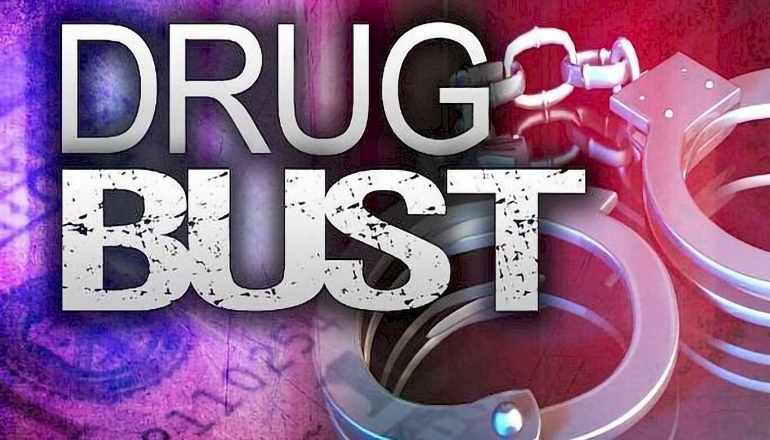 Sheriff Steve Cox reports a deputy stopped a vehicle in Chillicothe on a traffic offense Saturday night, and the occupant was a subject in an ongoing drug investigation at Wheeling.

The Chillicothe Police Department assisted sheriff’s office staff, and officers arrested 41-year-old William “BJ” Knouse of Wheeling for alleged delivery of a controlled substance—methamphetamine and possession of methamphetamine-related drug paraphernalia. He was released pending the filing of formal charges.

Cox says sheriff’s officers had reasonable suspicion other crimes were taking place during the traffic stop, and probable cause was present to search the vehicle. He notes the search resulted in the seizure of various baggies of methamphetamine, drug distribution equipment, and drug paraphernalia used for the ingestion of methamphetamine.

The sheriff’s office responded toward Ludlow Monday morning regarding a suspicious vehicle and occupants. The vehicle was found and stopped on Highway 36 near Utica.

Cox says officers arrested 39-year-old Angela Stock of Wheeling and 24-year-old Spencer Pittman-Oleson of Wheeling for alleged possession of heroin and possession of drug paraphernalia. They were processed and released pending formal charges being filed.

Cox reports investigation resulted in the seizure of a package of heroin and drug paraphernalia. The Livingston County Sheriff’s Office and other agencies continue working on these and other criminal investigations.