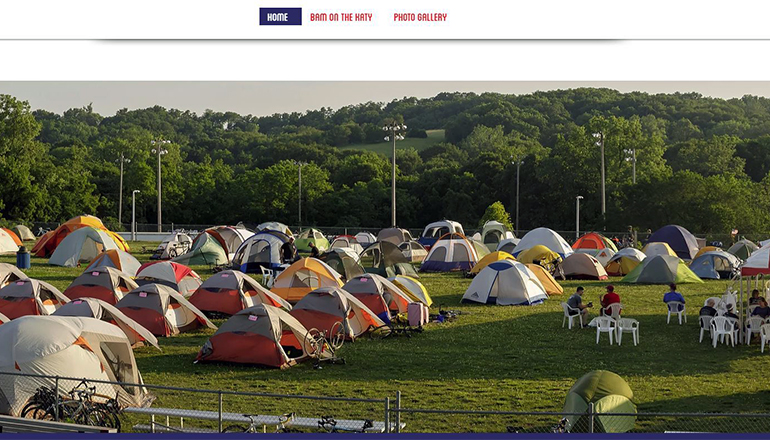 Missouri Life magazine announces that Big BAM (Bicycle Across Missouri) will be on the Katy trail for the first time from October 7 through October 12 on Missouri’s Katy Trail. Big BAM has completed four different road cycling events around the state in the past. Big BAM will be back on the road next June for its fifth annual ride. Registration will open soon for that event. Both events are recreational rides, not races.

Big BAM on the Katy opens in Clinton on October 7 at 3 p.m. with a kick-off concert at 6 p.m. All concerts in every overnight town are free and open to the public. The overnight towns include Clinton, Sedalia, Boonville, Jefferson City, Hermann, and St. Charles.

Big BAM is a bicycle ride event that is fully supported with shower trailers, gear transport between overnight towns, pre-arranged camping areas, SAG service (for those who need a lift), and bicycle mechanics.

“The Katy Trail stretches over 240 scenic miles as we cross open prairies and enter the Missouri river bottomland that winds across Missouri’s heartland,” says event organizer and Missouri Life publisher Greg Wood. “We have riders already signed up coming in from 16 states. Many will probably be experiencing Missouri and the Katy Trail for the first time. I think they are going to love the many Missouri communities we ride through – and the colors and smells of autumn here in the Show Me state.”

Along with the concerts, St. James Winery and Public House Brewery will be offering craft beer, wine, and cider for sale. The beer and wine gardens open at 3 p.m., and all bands begin at 6 pm.

Here are the locations and bands appearing at each event:
October 7 at Clinton: Wagoner Complex with Austin Jones and the Bootheel Boys
October 8 at Sedalia: Katy Park with Lauren Anderson
October 9 at Boonville: Kemper Park with The Flood Brothers
October 10 at Jefferson City: Quigg Commons with Rose Ridge
October 11 at Hermann: Riverfront Park with Two Cities One World
October 12 at St. Charles: Frontier Park with Big Mike and the Blu City All-Stars