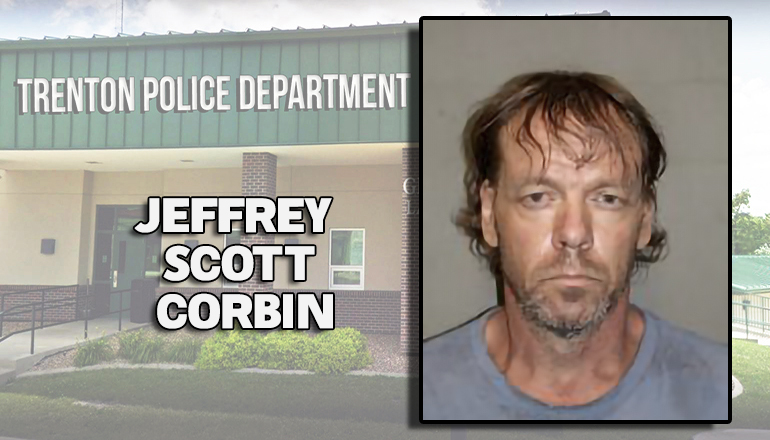 A Trenton resident has been charged with two felony counts of third-degree domestic assault after allegedly causing physical pain to his wife two times in July.

The Grundy County Sheriff’s Office reports 52-year-old Jeffrey Scott Corbin was arrested on August 3. Bond is $5,000 cash only, and he is scheduled for the Associate Division of Circuit Court on August 24.

Court documents accuse Corbin of causing physical pain to his spouse by pushing her and causing her to fall as well as grabbing her left arm.