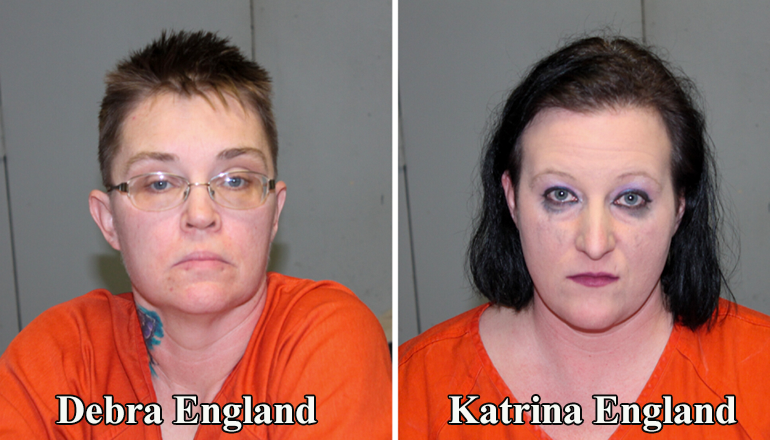 DeKalb County Sheriff Andy Clark reports the arrest of two Maysville women Tuesday who were later charged with the felonies of abuse or neglect of a child and endangering the welfare of the child.

Deputies and Children’s Division investigators took a child diagnosed with autism into protective custody with the Department of Social Services for temporary emergency placement.

Online court information shows the child’s mother, 35-year-old Katrina Michele England, and her wife 39-year-old Debra Tina England are scheduled for the Associate Division of Circuit Court on February 26th at 9 am. Both women were transported to the Daviess DeKalb Regional Jail.

Clark says his office received information from the Children’s Division in reference to possible abuse and neglect of a nine-year-old at the residence involving unsanitary and poor living conditions, possible drug usage in the home, and the child being locked in a cage.

Deputies and Children’s Division workers confirmed the information and found floors matted with animal feces, contained urine stains, and had cigarette butts on them. The deputies and Children’s Division workers also allegedly witnessed cockroaches and unsanitary conditions in the kitchen, trash piles on the front porch making it difficult to walk, and visible ceiling rafters in the living room.

The child’s bunk-style bed reportedly had two by fours running vertically on the bottom bunk to keep the child from escaping and a two by two-foot plywood door, and the bottom bunk contained only a sleeping bag.