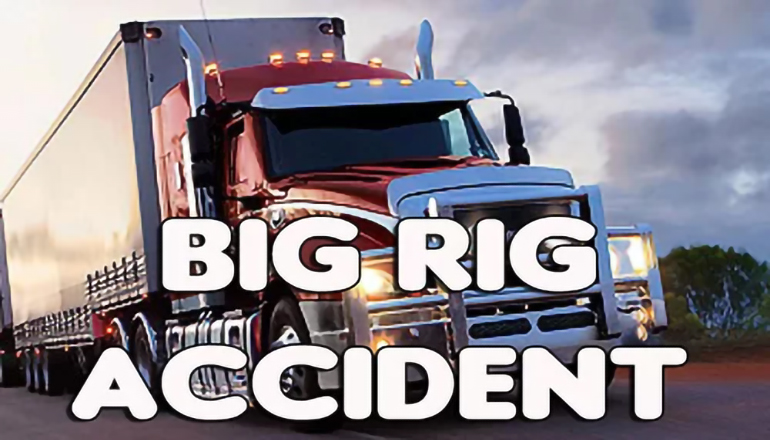 No injuries were reported after a big rig towing a trailer struck an electric line near Ninth Street in Trenton on Wednesday evening, August 17th.

Trenton Police Officer Jeff Spencer reported that 60-year-old Dale Dean Igou of Sioux Falls, South Dakota drove the truck east on Ninth Street near Olive Street before the truck lost air pressure. The driver pulled into the Car Deals parking lot, and when the truck regained air pressure, he pulled back onto Ninth Street driving eastbound.  The truck hit a low-hanging power line owned by the City of Trenton, and the line was pulled down.

A City of Trenton representative indicated to police that the power line was dead and only used for Christmas lights.

No vehicle damage was reported, and no citations were issued.