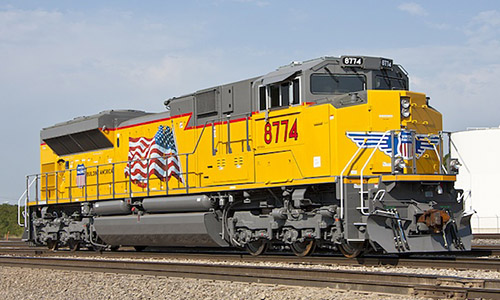 Mercer County Fire Protection District sent an engine and rescue unit to a report of a train locomotive on fire near Princeton Monday afternoon.

The district reported it had some difficulty gaining access to the locomotive. The report, via the districts’ Facebook page, states the main portion of the fire was extinguished when the engineer hit the emergency shut down. Oil covered the locomotive and a small oil fire was located in the exhaust. A dry chemical extinguisher was used to extinguish the remaining fire.

The Mercer County Fire Protection District indicated the experience was also used as a training opportunity to firefighters to familiarize themselves with locomotives and find out where the emergency fuel shut offs are located.

Assistance was provided by the Union Pacific engineer who showed firefighters the details.