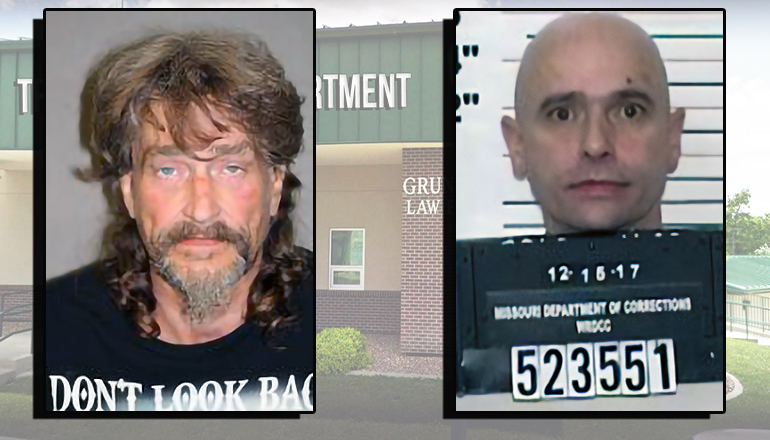 Forty-eight-year-old Patrick Shaun Michael of Trenton was arrested on two capias warrants on alleged probation violations. His original charges were two felony counts of possession of a controlled substance, one stemming from February 2017 and the other from November 2018.  Bonds are $5,000 on each count, 10% cash approved. He is scheduled for Division One of Grundy County Circuit Court on July 15th.

Fifty-four-year-old Richard Tharp of Princeton was arrested on possession of a controlled substance. His bond is $5,000 cash only, and he is scheduled for the Associate Division of Grundy County Circuit Court on July 13th.

Court documents accuse Tharp of possessing methamphetamine in February of this year.