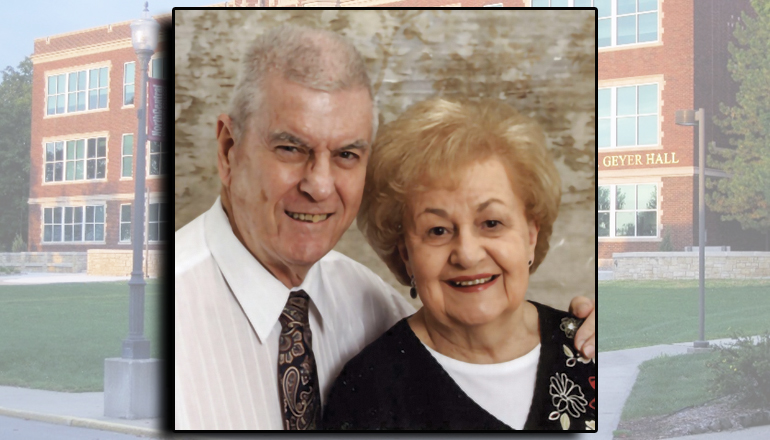 Harry Bratton’s appreciation for North Central Missouri College, formerly Trenton Junior College, is apparent to anyone who calls him a friend or an acquaintance.  The same appreciation and admiration are felt for Harry, an NCMC Distinguished Alumni Class of 2016 Honoree, Missouri Community College Association 2017 Distinguished Alumni, and active NCMC Foundation Board member.  Harry and his late wife, Alice, were also recognized in 2014 as a Lead Gift Contributor toward the restoration of Geyer Hall.  That admiration has led Mr. Bratton to once again invest in NCMC with a lead gift in anticipation of an upcoming major gifts campaign, “Transforming Lives, Empowering People,” by the NCMC Foundation.

Harry attended TJC from 1951to 1952 and was drafted into the Army and served overseas in Germany as a mechanic. After his release from the army in 1955, Harry was sitting in a classroom at TJC/NCMC only nine days later.  He shares that his transition from being a GI to being a college student was severe.  He recalls being “homesick” to see his comrades, and college life feeling like a foreign environment. Harry soon realized his whole way of thinking had to be revised and good study habits re-established.

“This is where NCMC serves best as the classes are small and the teachers care whether you understand and learn.  I wasn’t the only ex-GI back in the classroom.  Things were coming at me fast,” Harry commented.  He went on to say, “When I graduated from TJC in 1956, there were seven of us getting diplomas.”

After he graduated from TJC/NCMC, Harry went to the University of Missouri-Columbia, where he received his Bachelor of Science Degree in Mechanical Engineering.  Harry began his 33 ½-year career as a Mechanical Engineer with Bendix Corporation in Kansas City, which later merged with Allied Chemical Corporation.

Harry credits TJC/NCMC with the success of both his professional life and his private life. The foundation of his impressive engineering career and falling in love with his late wife Alice during his time at TJC. Harry comments, “None of this would have been possible without the support and encouragement I received from the College and the people of Trenton, MO.” He goes on to say, “Never underestimate Trenton and NCMC!”

“NCMC has a way of connecting people and making them feel safe,” commented NCMC Director of Development Alicia Endicott.  “Mr. Bratton being able to connect with faculty and students and be supported through his education journey is why he has many times graciously decided to give back to NCMC.  The NCMC Foundation is very fortunate to have an alum like Harry who wants to continue investing in what NCMC does so well, educating students, which transforms lives and empowers people.”