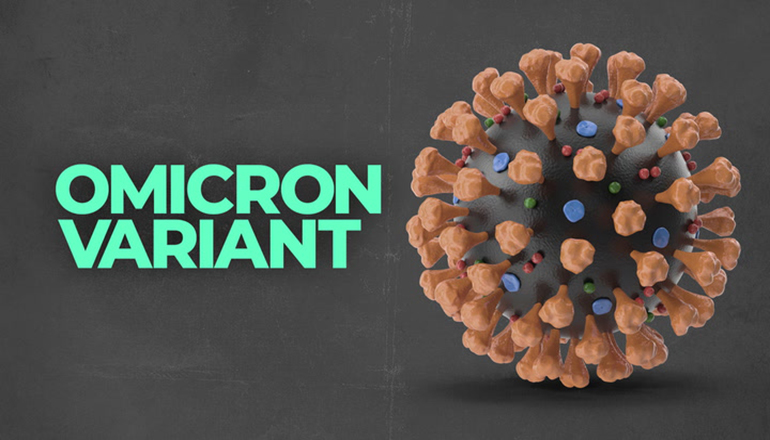 (Missouri Independent) – The omicron variant of COVID-19 has made its way to Missouri, with the first case announced Friday.

In a news release, the Department of Health and Senior Services said it was notified by public health partners of a presumed positive case for the variant that came from a St. Louis resident who had recently traveled domestically.

The sample was sequenced as part of commercial laboratory surveillance and results are currently awaiting confirmation from the Centers for Disease Control and Prevention, according to Friday’s news release.

“Although there is much we still need to learn about this new variant, we do know the best tool currently available to protect ourselves from COVID-19 is personal prevention,” DHSS Director Donald Kauerauf said in a statement.

News of the mutation launched a wave of travel restrictions, however health officials have stressed that it remains to be seen whether the variant is more transmissible or causes more severe disease than others, like delta. On Friday, scientists in South Africa said it appears the omicron variant was spreading more than twice as fast as delta, according to the New York Times, however much is still unknown.

“Is this really going to be more transmissible? Is it going to make patients sicker?” Laura Morris, a family medicine physician, and MU Health Care’s COVID-19 vaccine co-chair, said during a Monday briefing. “So far, that does not appear to be the case. But there are so few cases and not enough time has passed to really be able to say that for sure.”

The omicron variant arrived as the state is in the throes of a new surge of cases caused by the delta variant, which has been the dominant strain in the state since June.

On Friday, the state health department reported 5,375 new infections, the most on a single day since Jan. 8 that is not due to data adjustments or multi-day reports following holidays. The number of cases being reported daily is up more than 150 percent since the beginning of November.

Including Friday, there have been only 12 days since the first COVID-19 infection was found in the state in March 2020 with more than 5,000 cases in a single report.

Whether the high single-day case count is due entirely to new infections or whether the state is still receiving data delayed by Thanksgiving is uncertain, the state health department tweeted Friday afternoon.

“We expected to see a bump in cases coming off the long holiday,” the tweet stated. “We will need several more days of data to evaluate the trends due to that disruption.”

The department reported 6,741 cases on Monday, but that number included cases reported over the previous five days.

The state reported additional cases in all 118 local health jurisdictions with detailed COVID-19 data. In the first three days of December, the state has reported 12,276 cases, more than one-quarter of the cases reported in the entire month of November.

Hospitalizations have been rising quickly, up almost 50 percent since mid-November to 1,460 inpatients as of Tuesday. The positive rate on tests is also rising, with the rate on PCR tests at 12.7 percent, the highest since Aug. 27.

The state wastewater surveillance program continues to show the delta variant is the dominant strain in all systems tested. Of 67 systems sampled for the most recent report, 29 are showing increases in viral particles in wastewater and only one is showing a decline.

Despite the omicron variant’s presence in Missouri, the delta variant is still making up “well over 99% of the cases” in Missouri, Kauerauf said in a statement Friday.

Health officials have a number of tools to monitor for the variant’s spread, including through weekly wastewater sampling, genomic sequencing and PCR testing, which includes swabbing someone’s nostrils to sample genetic material for the virus’ presence.

While more about the omicron variant is learned, health officials have urged people to continue to practice measures, like wearing a mask in areas of high community spread and to get vaccinated against the virus, and receiving booster shots.

“We also encourage Missourians to remain vigilant in protecting themselves,” Kauerauf said Friday, “and staying informed this holiday season as this new variant is investigated further.”