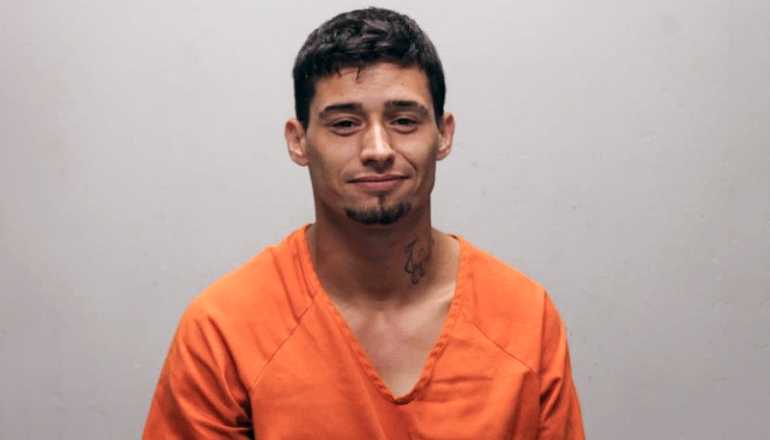 A Chillicothe man who allegedly fled from the Livingston County Courthouse on the morning of August 11, 2021, was apprehended later in the day.

Sheriff Steve Cox reports 29-year-old Nicholas Allen Duckworth spoke with a bond supervision employee in the Associate Circuit Court about a court appearance about a drug screen. Duckworth was directed to submit a urine sample before he reportedly fled.

The sheriff’s office received arrest warrants from the Associate Court the afternoon of August 11th for Duckworth for alleged failure to appear in court on two counts of felony possession of a controlled substance and one count of misdemeanor unlawful possession of drug paraphernalia. His bond was $25,000.

Two deputies went to the area of the 100 block of Mitchell in Chillicothe to attempt to serve the warrants. Cox says one deputy made eye contact with Duckworth, who fled on foot. The sheriff explains the deputies pinned him into a block area, and one or more residents helped in pointing out Duckworth’s direction of travel. However, they were unable to see the suspect enter a home.

Several Chillicothe Police officers responded to assist, and multiple homes were searched for the suspect. Cox reports Duckworth was found hiding in a home and taken into custody without further incident. The Chillicothe Police detained another male for a while as well.

Duckworth was taken to the law enforcement center, processed, and transported to the Daviess-DeKalb Regional Jail.  An additional report was to be submitted to the prosecuting attorney for consideration of a charge of resisting arrest by flight.