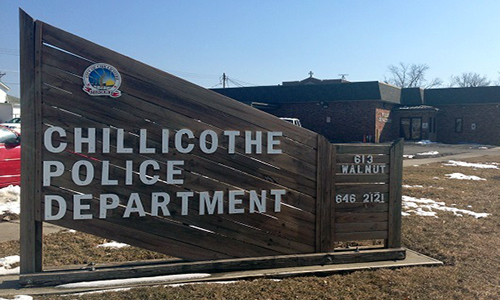 The Chillicothe Police Department remains busy on a daily basis and has yet again released highlights of recent calls.

Officers were dispatched to a report of stolen property from the 1000 block of Polk Street. The incident remains under investigation.

Officers were dispatched to the intersection of Walnut and Cooper in reference to an illegally parked vehicle. The vehicle was not licensed and partially in the driving lane. Officers attempted to locate the owner without success and the vehicle was towed from the scene by Perry Towing

Officers were dispatched to a report of a vehicle striking a utility pole leaving the scene accident at the intersection of Washington and Webster Street. Officers reported that the owner of the vehicle called the Police Department later after discovering his vehicle had been parked at his residence in the 1500 block of Webster Street with extensive damage and that he had not given anyone permission to drive it.  The incident remains under investigation.

Officers responded to the 1300 block of Third Street in reference to a domestic dispute.  Upon arrival, it was determined to be verbal in nature and no charges were filed.

Officers took a report in reference to items (Missouri I.D. Card, Medicaid card, and Medicare card) that were stolen or lost from a wallet sometime on or around 06/22/2016. The incident remains under investigation.

Officers were dispatched to a report of a forgery in the 1300 block of Washington Street. A possible suspect has been identified and the incident remains under investigation.

Officers were dispatched to a two vehicle non-injury accident on Cherry Street near Bryan Street. Officers reported that a vehicle driven by Jeffrey Kaiser was backing from a parking stall and struck a parked vehicle causing minor damage. Kaiser was issued a Municipal Citation for improper backing.

Officers were dispatched to a two-vehicle non-injury accident in Simpson Park near the Tennis Court.  Officers reported that a vehicle driven by Jeremy Sims was westbound and crossed partially into the eastbound lane of traffic striking an eastbound vehicle driven by Teresa May causing moderate damage.

Officers responded to the intersection of Washington Street and Jackson Street for a report of a two vehicle accident.  A vehicle driven by Mona K. Spencer struck the rear of a vehicle driven by Denise R. Allen which was stopped at a red light.  As a result, Spencer was issued a citation for Following Too Closely and given a court date.  Allen was arrested for Driving While Suspended, taken to the Chillicothe Police Department where she was processed and later released with a citation. There were no injuries reported and both vehicles sustained minor damage.

Officers arrested Monica Bail in the 1700 block of Rosewood Lane in Chillicothe, Livingston County, Missouri for a Livingston County Warrant for forgery. Bail was transported to the Police Department where she was processed and transferred to the Daviess-DeKalb Regional jail.

Officers responded to the 1900 block of Webster in reference to a report of a domestic disturbance.  Officers determined the incident was a verbal argument and no arrests were made.