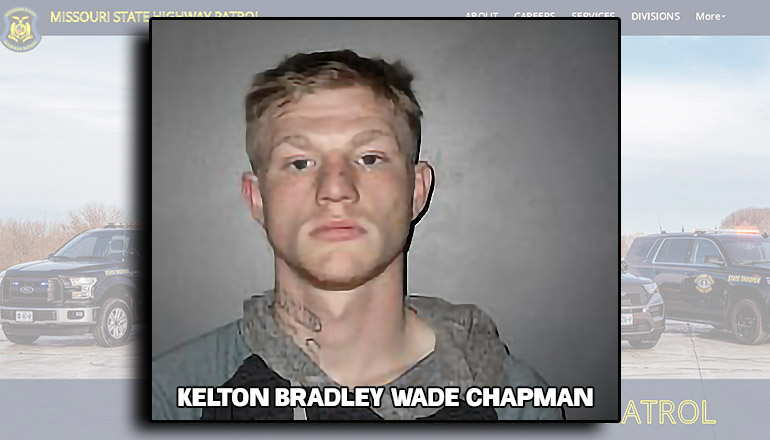 The Highway Patrol reports a youth was apprehended Sunday night in Adair County regarding a suspected theft of a motor vehicle earlier in the day.

The patrol reports 19-year-old Kelton Bradley Wade Chapman of Green City was arrested and held without bond at the Adair County Jail.

Online information accuses Chapman of felony stealing a vehicle in Sullivan County, felony resisting arrest by fleeing, felony tampering with a vehicle. He also was arrested on a Sullivan county probation violation warrant regarding a vehicle theft.  Chapman is further accused by the Highway Patrol of no driver’s license, failure to display valid plates, failure to drive on the right half of the road, careless and imprudent driving, and speeding.

Authorities reportedly were notified that a pickup was eastbound on Highway 6, allegedly driving erratically. When officers attempted to make a stop, the truck sped away. The alleged stolen vehicle was found later in Novinger.