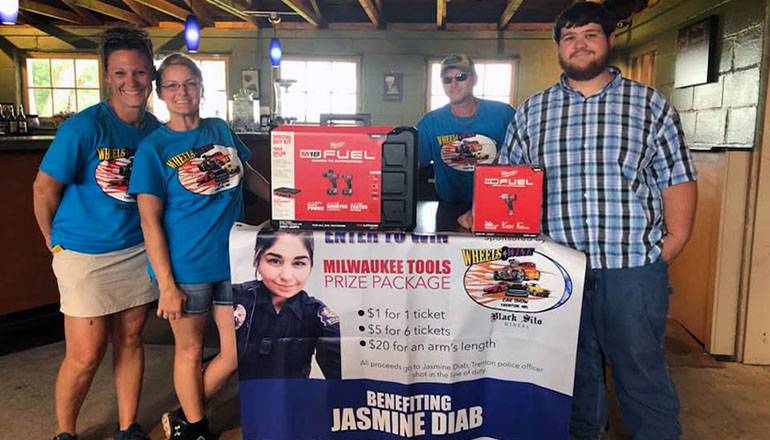 In addition to raising support for Camp Rainbow held each summer at Crowder State Park west of Trenton, the Wheels and Wine Car Show Committee and the Black Silo Winery had a raffle to raise funds for Trenton Police officer Jasmine Diab, who was injured in the line of duty

A Facebook posting from Black Silo announced the raffle raised $791.00 for Officer Diab. Blake Williams was the winner of the Milwaukee tool set valued at $1,000.

The car show on Saturday attracted 68 entries for display and judging.  Those entry fees were donated for Camp Rainbow.