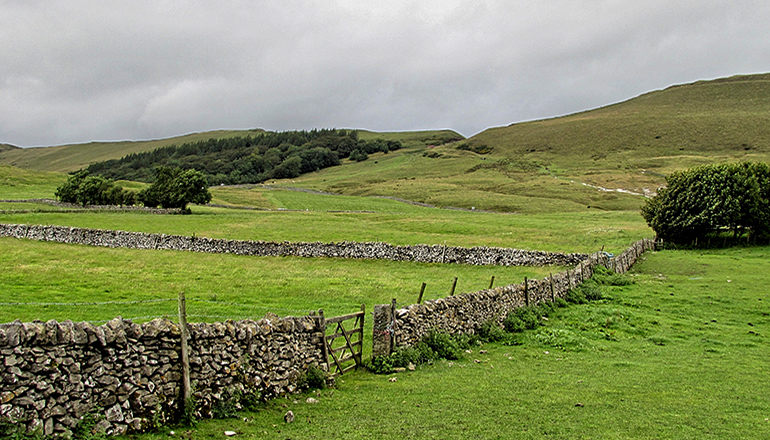 They found that Anvol-treated fescue provided yields equal to other nitrogen products and outperformed ammonium nitrate and SuperU when applied at higher rates. Lock’s work also shows that the right rate for spring nitrogen application rarely exceeds 50 pounds per acre in most hay harvest systems.  The findings will help producers and agronomists reduce urea volatilization and denitrification for better returns on investment and improved water quality, Lock said.  Surface-applied urea fertilizers can lose significant amounts of their nitrogen due to ammonia volatilization. Temperatures, precipitation, and wind also contribute to losses.

In the study, researchers compared products at different rates in spring and fall tall fescue plots at MU research farms in Linneus and Mount Vernon.  They also measured the quality of spring-grown forage to determine if the nitrogen products improved crude protein or affected fiber development.  They applied products at rates of 50 and 100 pounds per acre on March 23 in southwestern Missouri (Mount Vernon) and on March 31 in north-central Missouri (Linneus). Fall fertilizer was applied at 75 pounds per acre. They aimed to apply fertilizer when there was less than a 20% chance of rain in the next five days. This was done to provide conditions favorable for volatilization.

They collected soil samples before fertilizing and after harvest to measure nitrate and ammonium concentration down to a depth of 24 inches. “We wanted to understand if and how N moved through the soil profile based on the N source and protective products applied,” Lock said.

They applied fall nitrogen on August 17 in Mount Vernon and Aug. 20 in Linneus. After fertilization, 13 days elapsed before any rain (0.43 inches) fell in southwestern Missouri.

Drought in Missouri factored into the 2020 autumn results, Lock said. For the spring phase of the study, southwestern Missouri received average precipitation. Then, at the time the fall stockpile begins, it dried up.

Southwestern Missouri received less than an inch of precipitation in a 90-day autumn period, and northern Missouri ran 10 inches below normal for the growing season. This resulted in very poor forage growth, Lock said.

For the spring harvest in May, tall fescue grew to boot stage. All four N products produced about 6,200 pounds per acre of forage when 50 pounds of nitrogen per acre were applied. At 100 pounds per acre, Anvol showed the highest numeric yield at 7,100 pounds per acre but did not differ from urea. However, Anvol did outperform ammonium nitrate and SuperU at the 100-pound per acre rate.

In general, the first 50 pounds nitrogen per acre provided about 1,100 pounds per acre of forage.

Only Anvol and urea gave a similar response when an extra 50 pounds of N was added. Lock noted that is difficult to explain why urea outperformed SuperU in the 100-pound category. Lock noted that ammonium nitrate’s performance lagged in 2020.

“We know volatilization happens less frequently in spring, and from this data, it is clear that volatilization did not occur, but Anvol provided nitrogen as well as or better than all the products within an N rate category,” Lock said. “We did not detect treatment carryover in the summer regrowth. The July harvest was 2,050 pounds per acre regardless of N product.”

In the spring study, crude protein responded favorably to nitrogen. The rate of N rather than product formulation improved crude protein percentages. Fiber content appeared to be unaffected.

Single harvest yields did not show any differences among the nitrogen products.

Across all N products, the return on fertilizer investment—a number that often approaches 30—was below 20, Lock said.

Lock said that nitrogen did not leach into the lower soil profile from any of the treatments. At these sites, denitrification seems not to be an issue at the moderate N rates they used.

Koch Agronomic Services, the seller of Anvol and SuperU, and the Missouri Fertilizer Control Board provided funding for the study.

Photo by Magda V on Unsplash