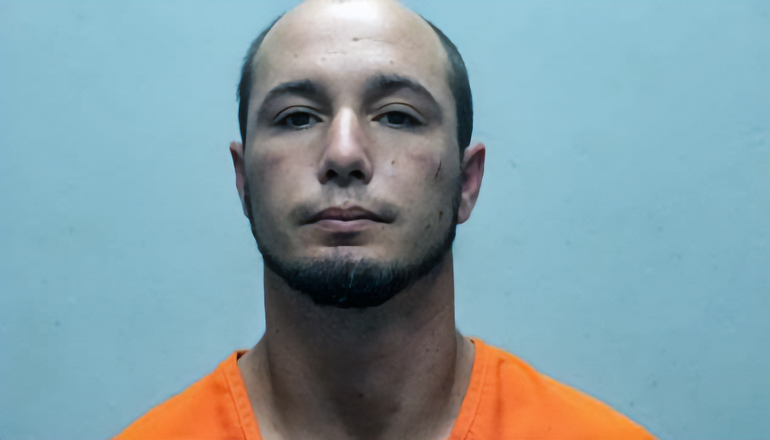 A Trenton man has been charged in Daviess County with felony second-degree terrorist threat after he allegedly said he was a fugitive and would shoot any cops who tried to arrest him. The alleged incident involving 30-year-old Todd McDowell at the Southside Tavern of Gallatin happened on August 22.

Online court information indicates McDowell has also been charged with felony resisting or interfering with an arrest for a felony and misdemeanor fourth-degree assault involving special victims. Bond was initially set at $5,000 cash-only, but he was released on his own recognizance. A preliminary hearing is scheduled for September 7.

A probable cause statement from Daviess County Deputy Jason Melton accuses McDowell of saying he was a fugitive from Grundy County, would shoot any officers who tried to arrest him, and was strapped, meaning he had a gun on him at that time. However, officers found no weapons on him and no criminal history for him.

McDowell allegedly started physically pushing against another deputy with his body when the officers started to walk him outside, and McDowell was taken to the ground. Melton says an ambulance was called after blood was noticed running down McDowell’s head. He was again taken to the ground when he allegedly continued to be aggressive towards the other deputy.

McDowell reportedly threatened to jump out of the moving vehicle during transport to jail and said he wanted to fight Melton when he got off his handcuffs.

The probable cause statement notes McDowell appeared to be highly intoxicated.