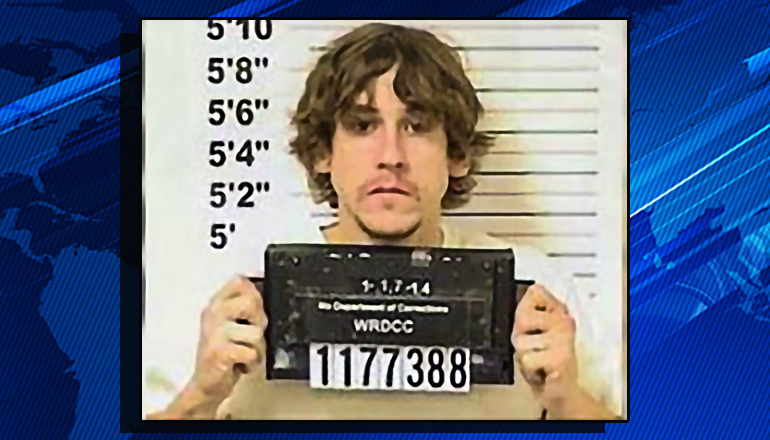 Charges have been filed in Daviess County against the suspect accused of shooting a female Trenton police officer on southbound Highway 69 in Winston during transport to Saint Joseph for a mental evaluation Friday afternoon.

Online court information indicates 38-year-old Jamey Aaron Griffin of Trenton, who the Patrol has identified as a white male, has been charged with the felonies of first degree assault or attempt – serious physical injury or special victim, unlawful use of weapon -shoot at/from motor vehicle, at a person, motor vehicle or building, resulting in death or serious injury; and armed criminal action.

A probable cause statement from the Highway Patrol says a struggle ensued inside the police vehicle on U. S. 69 near Route Y in Winston during Griffin’s transport, Griffin was able to gain control of the police officer’s firearm, and he discharged the weapon, striking the officer, identified as J. D., in the abdomen. The Patrol reports J. D. sustained serious physical injury during the incident.

Public Information Officer Sergeant Jake Angle reported Friday that the vehicle continued into the parking lot of the Pit Stop in Winston and Griffin was restrained during the transport but sustained an injury to his hand.

Griffin attempted to flee the scene in the officer’s vehicle, which posed an additional threat and risk to the public, however, he was detained by bystanders until responding officers took him into custody.

Court information accuses Griffin of discharging a firearm from a motor vehicle and attempting to kill Officer J. D. by shooting her in the abdomen by, with, and through the use, assistance, and aid of a deadly weapon.

The Patrol’s Division of Drug and Crime Control was called to assist in investigating Friday’s incident.