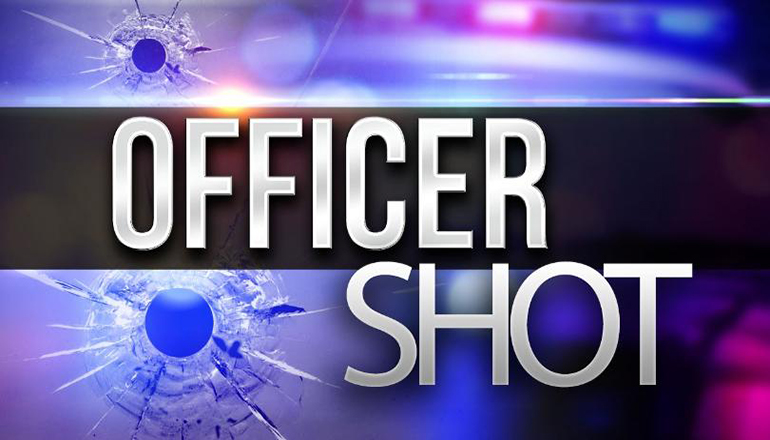 The Trenton Police Officer is currently listed in critical condition at an area hospital. The suspect, Jamey A. Griffin, a white male, age 38, sustained a gunshot wound to the hand and is in stable condition.

A representative from the Missouri State Highway Patrol reports a Trenton Police Department officer was shot in the community of Winston in Daviess County.  The officer was identified by the highway patrol as being female, however, no name was released.

The shooting took place at 3:08 Friday afternoon as a Trenton Police Officer was transporting a prisoner southbound on Highway 69 to St. Joseph. A struggle took place inside the police vehicle over the officer’s handgun, and the officer was shot in the abdomen.  According to authorities, the prisoner was restrained at the time of the incident.

Emergency medical personnel were dispatched to assist the officer at the Winston Pit Stop, which is a gas station and convenience store located off U.S. 69.  It is unknown if the incident took place in the gas station parking lot or at another location and the officer then drove to the gas station.  The officer was life-flighted to an area hospital and the suspect was transported to a hospital with an injury to the hand.

REFRESH THIS PAGE FOR UPDATES