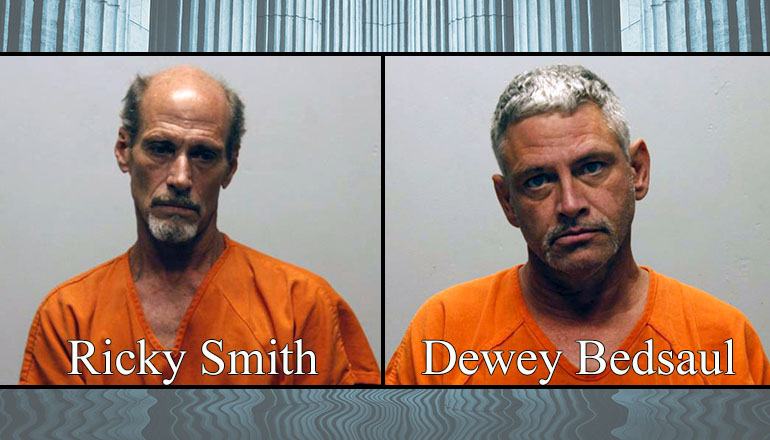 Highway Patrol troopers working in Daviess County have made separate arrests this week of two drivers for alleged alcohol consumption and drug usage.

Sixty-year-old Savannah resident Ricky L. Smith was arrested Wednesday evening and accused of felony driving while intoxicated as well as possession of marijuana and drug paraphernalia. He’s also accused of failure to display a red flag on a projection extending five feet from the vehicle.

A Resident of Mount Vernon, 48-year-old Dewey Bedsaul was arrested Tuesday morning on alleged driving while intoxicated, possession of a controlled substance; and unlawful use of a firearm. Each of them was listed as felonies in the online report. He’s also accused of drug paraphernalia possession.

Both Smith and Bedsaul were taken on 24-hour hold to the Daviess-DeKalb Regional Jail.