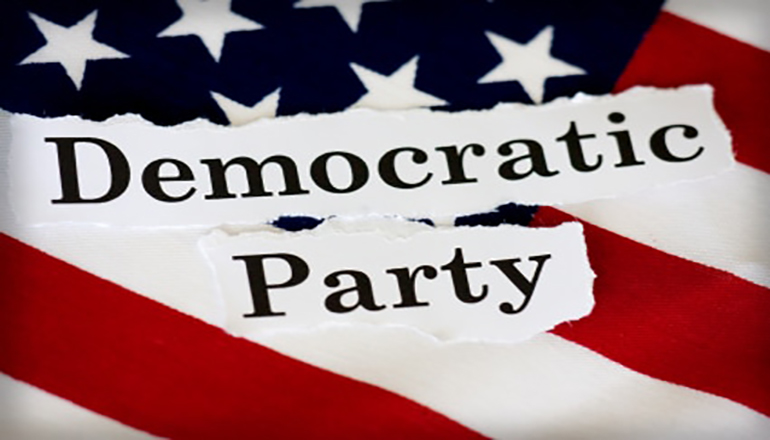 The U.S. Postal Service has notified the Missouri Secretary of State that it might not be able to deliver all mail-in ballots by Election Day in November – possibly leaving some votes uncounted. In a letter, the postal service says Missouri’s law allowing voters to request a ballot by October 21 could be pushing it. The agency recommends that voters who choose to mail their ballots do so no later than October 27 – one week before the November 3 election.

Under Missouri law, election authorities need to receive a mail-in ballot by 7 p.m. on Election Day in order for it to be counted. State Representative Kip Kendrick, D-Columbia, wants ballots to count if they are postmarked by Election Day. During a press conference today outside of the Missouri Secretary of State’s Office, Kendrick says Gov. Mike Parson should expand the current special legislative session to change the law.

“It’s important more than ever that Missourian’s voices are heard,” says Kendrick. “And this is a simple way – this is a simple change in statute that we can make sure to address this issue and hopefully stem some of this dismantling – the effects of dismantling the U.S.P.S right here in Missouri. Missourians deserve it and democracy demands it.”

Democrats allege that President Donald Trump is working to financially strain the postal service and has removed 600 mail sorting machines in order to prevent an expected surge in mail-in voting during COVID-19. There have been talks for a while that Trump is trying to privatize the agency.

“I am disappointed that the person who swore an oath to protect our great country has openly claimed war on the most fundamental aspect of our democracy – voting. The legislation we are proposing to change was written when you could rely on the mail being on time,” she says. “The literal removal of processing machines would logically mean that that standard too should change.”

Kendrick has written a letter to Parson requesting the governor to act:

“For several reasons, it is imperative that we do all that we can do to uphold the integrity of the election process in Missouri. These reasons include the admission by President Trump on August 13, 2020, that he intends to continue underfunding the United States Postal Service in order to purposely interfere with absentee voting; developments suggesting a systematic dismantling of the United States Postal Service is currently underway; and the admission by Dr. Randall Williams, Director of the Missouri Department of Health and Senior Services, in testimony this week to the Special Committee on Disease Control and Prevention that he expects COVID-19 case numbers to continue to rise into the fall,” the letter says.

“This move would go a long way to ensure that all Missouri voters, regardless of political affiliation, will have their vote counted this November. It is unacceptable that election integrity is in doubt at the moment, and it is even more unacceptable for our state to not take proactive measures to protect the vote,” Kendrick says.

Why legislative action instead of an executive order? The Democratic candidate for Missouri Secretary of State, Yinka Faleti, says a short-term fix is not good enough.

“What we’re asking for is not something done in hodgepodge or something done temporarily,” he says. “We’re asking for a permanent fix to a permanent problem. Missouri voters deserve to have their voices heard. As an immigrant-American, I chose to be an American citizen. And so, I didn’t automatically have the right to vote. I had to earn it. As an Army veteran, I fought to protect it.”

Faleti alleges that his November opponent, Republican Secretary of State Jay Ashcroft, was not upfront about the letter from the U.S. Postal Service warning Ashcroft of the likely delay. He says Ashcroft did not let local election authorities know about the agency letter.

“Ashcroft’s silence is deafening, derelict, and dangerous to democracy. He is unworthy of our trust,” Faleti says.

Ashcroft spokeswoman Maura Browning says the Secretary of State did not share the letter with local election authorities but says he has been talking about this problem for two months. On June 16, Browning says Ashcroft discussed the issue with some county clerks and the Urban Board – Missouri’s larger election jurisdictions.

She says the office received the letter from the USPS on Aug. 4. For the last two weeks, Browning says election officials have been busy certifying their own election results and many of them have also been trying to verify signatures from the Kanye West presidential candidate request filing.

“Our office will provide as much support as local election officials need to promote early absentee and mail-in applications and encourage voters to send their ballots early,” she says.

During a statewide flyover in July, Ashcroft made nine stops to talk about the temporary 2020 voting options. At each stop, Browning says he stressed to have voters apply early for absentee and mail-in ballots and to turn them in right away.

Gov. Parson’s office says at this time, the governor has no plans to expand the special session any further. His office says Parson’s focus has been and continues to be on violent crime.