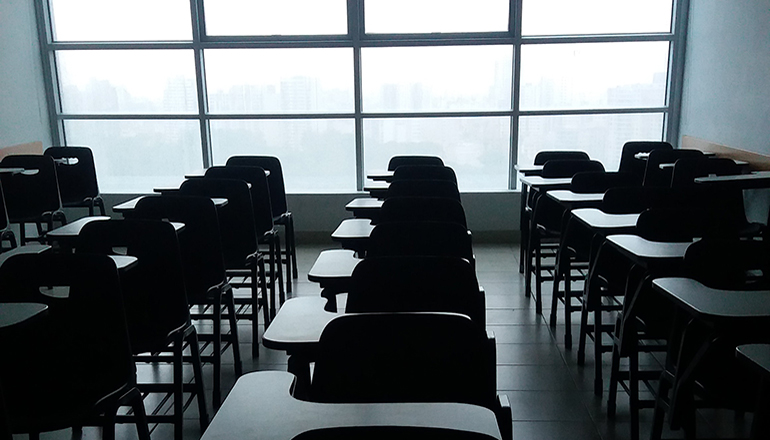 (Missouri Independent) – Unlicensed youth residential facilities across Missouri are expected to submit materials notifying the state of their existence by mid-October, but background checks for facility staff required under a new law likely won’t be completed by that time.

That’s because the Department of Social Services (DSS) is still working to make hires in its background check unit in order to facilitate a potential influx, said Caitlin Whaley, the department’s director of legislation and communications.

For an hour-and-a-half Thursday afternoon, DSS officials fielded questions from over 100 licensed and unlicensed facilities that will be affected by regulations established by a new law that went into effect last month.

Lawmakers passed House Bill 557, which established the “Residential Care Facility Notification Act.” It requires background checks for staff and volunteers at unlicensed boarding schools, and for facilities to notify DSS of their existence and comply with certain health and safety standards.

The bill also puts in place mechanisms to allow parents unencumbered access to their children and a process to remove children from facilities in instances of suspected abuse or neglect.

The issue gained renewed attention this year after an investigation by the Kansas City Star ​​into Christian boarding schools found unlicensed facilities had substantiated reports of abuse and neglect. But despite that, former students said their calls for help were ignored and described enduring horrific emotional, physical and sexual abuse.

DSS officials said that despite being aware of allegations of abuse and neglect at some facilities, they had limited oversight because facilities were operated by religious organizations — and therefore exempt from licensure under state law.

The bill became effective immediately upon Gov. Mike Parson’s signature on July 14. In order to implement the new law, DSS, the agency tasked with enforcing it, is in the process of proposing both emergency and permanent regulations.

DSS is currently accepting feedback on draft regulations posted on its website. It has also sought input on the fiscal impact the new law may have on facilities and child placement agencies that are small businesses.

Simultaneously, the department will also be working to develop permanent regulations that will also go through a public comment process.

A majority of the questions officials fielded Thursday focused on the new background checks that will be required once regulations are in place.

Under draft regulations the department has proposed, current employees and applicants at both licensed and unlicensed facilities who are managers, support staff, contractors, volunteers with access to children or facility owners must complete the background check process.

At unlicensed facilities, exemptions are also in place for certain family members of students, physicians, law enforcement officers, attorneys, or other professionals and those who may provide maintenance services at a facility.

Prior to starting their employment at both a licensed and unlicensed facility, applicants must complete a background check which would consist of an FBI fingerprint check, a search of the National Sex Offender Registry and Missouri Family Care Safety Registry, which consists of various state criminal, child abuse and neglect records.

From there, DSS will notify the facility and applicants whether they are eligible for employment. Various criminal convictions, such as being a perpetrator of child abuse or neglect, could make an applicant ineligible, the law notes, and ineligible applicants have an opportunity to appeal the department’s decision.

A fingerprint-based background check must be completed every five years. Licensed facilities must also complete a check of the Missouri Family Care Safety Registry each year between background checks.

The residential unit of DSS will be in “a holding pattern” to approve unlicensed facilities’ notification and compliance with required inspections until all employees have completed the background check process, said Erica Signars, a special assistant professional in DSS who oversees the residential program unit.

Each site of an organization would require a separate notification, she said. Notifications must be filed with the agency by Oct. 12, the proposed regulations outline.

Facilities raised questions about the timeline of requirements, what types of people may be required to complete background checks, how fees would be covered, how to develop medical record retention policies, and more.

Officials encouraged feedback from facilities that are working to understand how to comply with the new processes.

“We’re all learning together,” Whaley said, later adding: “To the extent that we can work with folks to make things more streamlined for business practices — we certainly don’t want to be overly bureaucratic. We do still have to follow the law and can only offer so much leeway as the law gives us.”