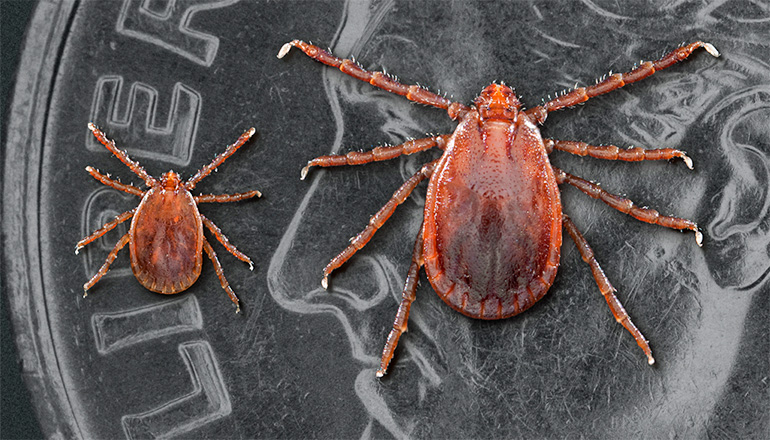 (Missouri Independent) – A species of tick known to cause severe weight loss in cattle has been discovered in northern Missouri, researchers from the University of Missouri reported this week.

The longhorned tick was found in southern Missouri last year, according to a press release from the university. But Rosalie Ierardi, an anatomic pathologist at the MU College of Veterinary Medicine, discovered two of the ticks in Linn County, near the Iowa border.

Longhorned ticks can reproduce more easily than other tick species as females can lay eggs without a male.

“Studying the prevalence of invasive ticks in different geographical regions can help veterinarians and farmers take proactive, preventative steps that may ultimately protect the health of livestock, which has huge economic implications,” Ierardi said.

The university says the threat to humans, cattle, and pets in Missouri remains low, but the species has been known to cost millions of dollars in lost agricultural revenue around the world. An infestation of the ticks can cause outbreaks of bovine theileriosis, which kills red blood cells in cows.

There are no confirmed cases of bovine theileriosis in Missouri, according to the university.

Ram Raghavan, a professor in the MU College of Veterinary Medicine and MU School of Health Professions, has been studying and predicting the spread of various types of ticks and forecasting the regions where the longhorned tick would take hold in 2019. The tick was first discovered in the U.S. in 2017.

Raghavan warned the impacts of climate change could cause a continued increase in tick infestations.

“Warmer temperatures in the Midwest seem to be creating perfect conditions for ticks and the pathogens they carry to thrive, and this problem may get worse going forward as the planet continues to warm, which is concerning,” Raghavan said. “We must be vigilant and devote resources toward trying to prevent these ticks from spreading diseases that harm the health of cattle, humans, and their pets.”

Cattle ranchers whose animals show signs of weakness or jaundice or lose pregnancies should contact their veterinarian and the MU Veterinary Medical Diagnostic Laboratory, Ierardi said.

Ierardi said the symptoms can be mistaken for anaplasmosis, a different and widely prevalent bovine disease, and ranchers should get their animals tested whenever they are in doubt.

“Although these longhorned ticks are known to transmit a number of human disease pathogens,” leradi said, “at the moment the threat from them appears to be mostly bovine theileriosis, which impacts cattle.”