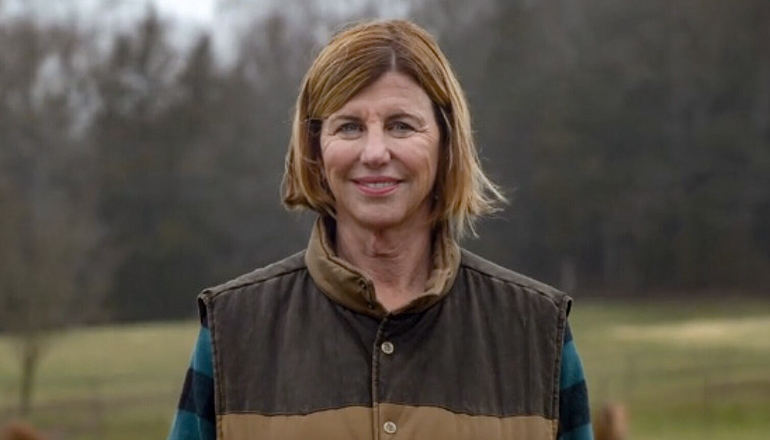 (Missouri Independent) – There are several millionaires seeking Missouri’s open U.S. Senate seat, financial disclosure reports show. But voters won’t see the finances of the only likely billionaire in the race until July.

Trudy Busch Valentine, a Democrat and Anheuser Busch beer heiress who jumped into the race during the final days of filing, on Monday filed for a 48-day extension of the May 15 deadline for reporting her personal financial data.

Other candidates have previously been granted extensions. Republican Attorney General Eric Schmitt, for example, filed Tuesday for an extension for what will be his second disclosure report and also received an extension for his initial filing last year.

But Valentine will be the last candidate to file at least one disclosure report, delaying it until July 3 when voters will get a glimpse into her potential to self-fund her campaign. An extension can be for up to 90 days, but it is due on that date because it must be submitted at least 30 days before the Aug. 2 primary.

In 2020, Forbes estimated the Busch family fortune at $17.6 billion. No individual members of the Busch family are on the Forbes 400 list of wealthiest Americans, where the smallest fortune is $2.9 billion.

Other candidates have tapped their personal wealth, such as when Missouri Senate President Pro Tem Dave Schatz made a $1 million loan to his campaign for the Republican nomination.

U.S. Rep. Billy Long put $250,000 into his GOP primary campaign, and St. Louis businessman Spencer Toder has used $240,000 of his own money for his effort in the Democratic primary.

Valentine filed on March 28 for the seat being vacated by Sen. Roy Blunt. Under federal law, candidates must file disclosures within 30 days of becoming a candidate, or May 15, whichever is later in the year, unless an extension is granted.

New disclosure reports will also be due May 15 for candidates who filed initial reports during 2021.

Valentine asked for the extension because of the complexity of her finances, her campaign said in a response to inquiries from The Independent. It is not as simple as taking numbers from a tax return, the campaign stated, because it needs to precisely state each investment and how to place its value in the mandated ranges.

The personal disclosures are separate from campaign finance reports. The next report, for the first three months of the year, is due Friday.

Schatz, who owns an underground telecommunications contracting company as well as real estate and securities, said it is time-consuming to unravel complex personal finances to meet reporting requirements. He was granted a 90-day extension in December for his initial filing, which was submitted on March 31.

“I could see where she would have a lengthy process to do that,” Schatz said.

“There is just a lot of information it asks for that you don’t really have at your fingertips,” Schatz said.

All individual holdings must be listed, he said.

“I don’t track every investment so it makes it challenging to figure that out,” Schatz said.

Long said he, too, understands the extension request. He has received extensions in each of the past two years for his House disclosures, but those were automatic because of the COVID-19 pandemic.

“Those things are pretty hard to put together and once you do it two or three times, you kind of get a system going,” Long said. “It is pretty daunting. One time my accountant spent half a day looking for a $4 stock.”

Long, who was an auctioneer and sold real estate before winning his 7th District seat in Congress, has assets valued from $2 million to $4.6 million, generating $15,000 to $42,000 in income in 2020, according to his report filed in August. He also earned $28,965 in residual real estate commissions from sales before he took office.

“For a guy that drove off to auction school in 1979 with an old Oldsmobile with four bald tires, it was a pretty good run,” Long said of his lifetime of work.

Disclosure reports list a candidates’ family income, investments, and liabilities for the previous year. It must include assets and the income of spouses and dependent children.

Extensions are granted as a matter of routine when requested. Former Gov. Eric Greitens received one last year, and U.S. Rep. Vicky Hartzler has used extensions to complete her reports for most years since she ran for Congress in 2010.

Only candidates who meet fundraising thresholds requiring them to report campaign finances to the Federal Election Commission are required to report. Senate candidates file their reports with the Senate Ethics Committee, which makes them available online.

Asset values, and the income generated, is reported in ranges. And because the ranges expand as the numbers get larger, it can make what may be a small increase look much larger because it crosses a threshold amount.

Hartzler is an example. She had the highest asset income of all candidates, according to the latest reports available, and a large increase from the previous year.

Hartzler owns farms, a farm equipment business, and other investments valued from $4.7 million to $16.1 million jointly with her husband Lowell Hartzler. In 2020, those assets generated between $1.1 million and $5.2 million, according to a report filed in August 2021.

The disclosure report did not include two Paycheck Protection Loans received by Hartzler’s business interests in 2020. Heartland Tractor in Harrisonville received a $451,200 loan and Hartzler Farms received a $26,900 loan, both on April 5, 2020. The loans were both forgiven on Dec. 23, 2020.

There is no legal requirement to report liabilities, not on the books on Dec. 31.

“This program has helped employees keep food on the table, pay their rent, and meet their car payments. The program protects paychecks across the state, including employees at the small business owned by my husband and me,” Hartzler said in a 2020 statement to the Kansas City Star.

The wealthiest Republican candidate, according to a review of the latest reports, is McCloskey. The lowest accounting of his assets from the disclosure filed on April 6 is $5.9 million, with a high end of $22 million, including residential properties valued at $1.5 million to $6 million and personal property valued at $1 million to $5 million.

McCloskey did not respond to a request for comment on his filing.

Greitens’ campaign did not respond to questions asked about his filing.

“Governor Greitens will be Missouri’s next U.S. Senator,” campaign manager Dylan Johnson replied when asked about the reports.

Among the Democrats who have reported, Toder has the highest-valued assets. They are listed on a report filed March 3 at $3.7 million to $6 million, but in a statement to The Independent, he said that overstated his share of the investments and he will be amending the report.

“I am a shareholder in several illiquid assets, largely as an angel investor in Missouri-based startups that are not easily valued,” Toder wrote in an email. “The filing listed the approximate value of those entities, as a whole in some places, rather than the estimated value of my shares in those companies.”

Toder reported earning an income of $336,361 from real estate sales and commissions.

The money he has put into his own campaign, Toder said, has helped him put focus on Medicaid access and the wrongly incarcerated as well as build the Democratic Party.

“I will continue to contribute funds, as necessary because I believe that a Senator should take action and that the role of a campaign is to exhibit a candidate’s values and support of their community,” he wrote.

Busch Valentine needs to disclose her finances and where she stands on issues, Toder wrote.

In an interview with The Independent, Busch Valentine said she wants “everybody to live the American dream. And I’m investing in my campaign because it’s that important to me.”

“When elected to the U.S. Senate, Lucas Kunce will be one of its least wealthy members,” Connor Lounsbury, deputy campaign manager, wrote in an email.

His campaign is focused on transparency, Lounsbury wrote.

“In this race, we expect all candidates in both parties to be transparent with the voters about their personal wealth as well as any corporate and special interest groups guiding their decision making,” he wrote.

Kelly earned $333,534 as director of service for GE Healthcare in St. Louis and from real estate commissions, according to a report filed in March. He reported no investment or other assets.