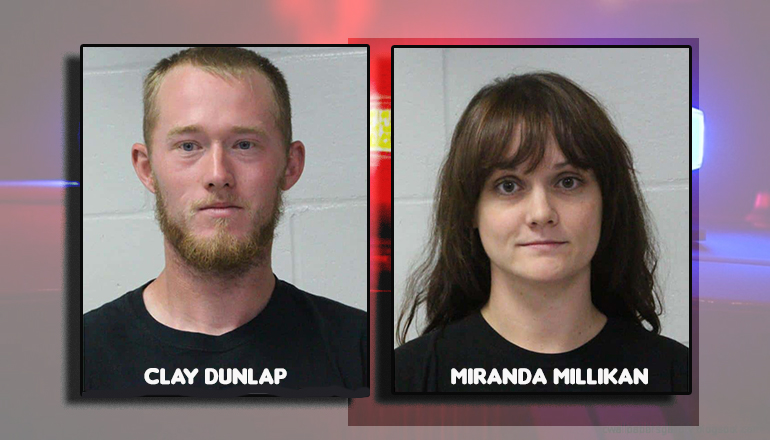 A couple from Hamilton face felony charges in Caldwell County relating to a sexual assault of a teen.

Their initial appearance in the Associate Division of Caldwell County Circuit Court is scheduled for Thursday, August 22, 2019, at 10 am.

Online sources indicate court documents say Dunlap told Millikan that a minor he knew was attracted to her, and she told Dunlap to invite the person to her house. The boy allegedly was brought to Millikan’s house where he told the couple he was 16 years old. Dunlap and Millikan reportedly acknowledged and disregarded the teen’s age, and Millikan had sexual contact with him.