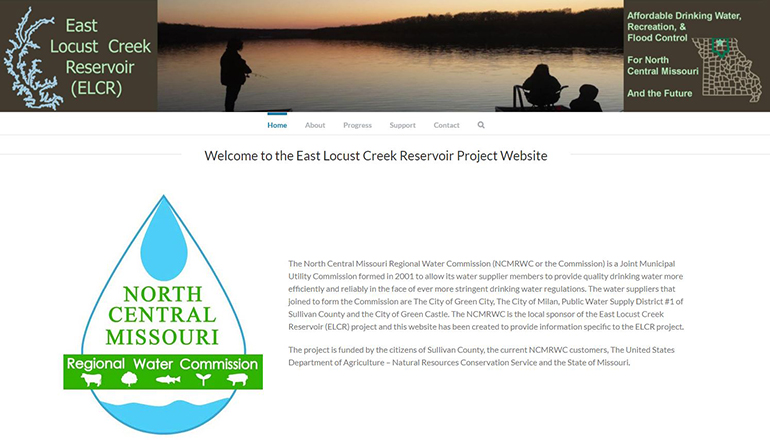 The financing plan for the East Locust Creek Reservoir project in Sullivan County has received $3,000,000 in state funding following legislative approval this year.

Governor Mike Parson had requested and the General Assembly supported $10,000,000 to be placed in the Multi-purpose Water Resources Fund which enables the State to enter into a debt-share arrangement with the North Central Missouri Regional Water Commission on an anticipated USDA- Rural Development loan. This is to be accompanied by a significant grant.

The regional water commission reports these two achievements make it more likely the possibility of securing a very large loan and grant from Rural Development. With a large component of the Final Plan of Finance in place, officials believe construction can begin in the not too distant future.

The remaining challenges to beginning construction are implementing the Final Plan of Finance, a debt- share contract with the State, environmental permitting and a construction permit. Governor Parson is expected to sign the state budget by June 28th.

Harve Rhodes, Chairman of the NCMRWC stated, “This project has been blessed with great leadership at both the State and Federal level, but Governor Parson’s immediate grasp of the importance of ELCR and then his action was amazing to behold. He is truly a different breed of Governor and we are grateful. And then there is our own State Senator, Dan Hegeman, who has never wavered in his leadership on our behalf.”

Brad Scott, General Manager of the NCMRWC stated, “Governor Parson and Dan Hegeman are no-nonsense Statesmen, whose word to us was their bond. Projects of this size owe thanks to many for their success, but I can tell you that Governor Parson and Senator Dan Hegeman will be near the top of the list. We’ve had many great achievements on this long journey, but this has been an extraordinary boost for the lake project.”

The Governor is expected to sign the budget on or before June 28th.