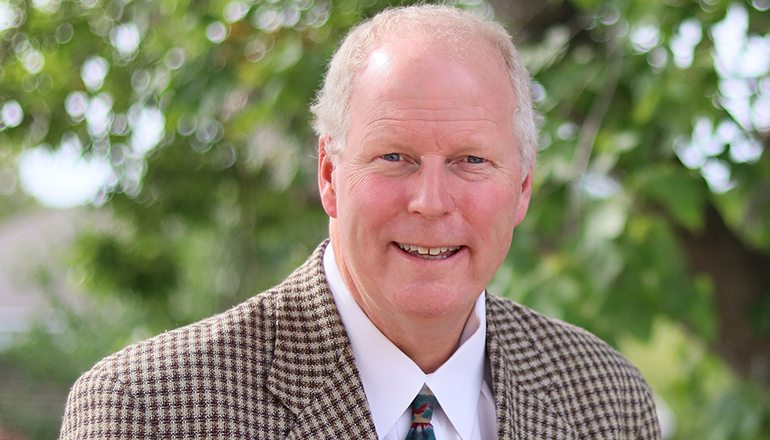 Following a thirty-seven-year career- thirty-three of which in leadership roles, and the last four years as CAPNCM Executive Director, Christopher Small has announced his upcoming retirement in March 2023.

“It has been a true honor to be a part of the CAPNCM family and lead such a vital organization here in our Green Hills Region. Our success can really be attributed to two groups. First, our dedicated and resourceful staff here at CAPNCM that have a deep commitment to those in need. Their work is tough, and, many times, frustrating, but they accomplish our mission each day- helping people, and changing lives. Second, the combined efforts of our Board, community partners, and related groups provide the support, policies, and finances to allow us to do what we do. They are our unsung heroes,” stated Small.

Dr. Small came to CAPNCM as executive director in the fall of 2018, after having served as Training and Events Manager with the Missouri Community Action Network in Jefferson City. Prior to that, he had a long career as a teacher, principal, and superintendent in various Missouri K-12 Schools.

While the Community Action Partnership of North Central Missouri is its current name, many across the region still know it as Green Hills Community Action Agency. Small said jokingly, “We answer to both names, and makes us proud to have such a long history in helping people in poverty find a better way forward. We date back to the founding of the community action movement in 1964, and strive to be here well into the future.” The agency serves its nine core counties of Harrison, Mercer, Putnam, Daviess, Grundy, Sullivan, Caldwell, Livingston, and Linn. In addition, Section 8/HUD serves Andrew, Buchanan, Clinton, and DeKalb counties; while the Women’s Health Department additionally serves Ray and Carroll counties.

Under Small’s leadership, the agency has entered a period of both programmatic and financial stability. Small mentioned, “As the smallest of the nineteen community action agencies in Missouri, CAPNCM will never have the fiscal resources of some of our much larger sister agencies. However, I’m very proud of our board’s commitment to maintaining a solid financial position as we work to help those in poverty.”

Throughout his career, Dr. Small also has been involved and committed to the community outside of the workplace. As an adjunct professor of education, he has taught both undergraduate and graduate courses at several universities in Missouri. Locally, he is a member of the Trenton Lions Club, as well as the Bright Futures Governing Board, of which CAPNCM provided the “seed money” to start this vital piece of our community assistance web. He has also been involved in numerous state and national organizations. He has served on the board and executive committee of the Missouri Association of School Administrators; a member of several advisory councils with the Missouri Department of Elementary and Secondary Education; as a board member of the Region VII Association of Community Action Agencies; as past president of the University of Central Missouri Alumni Association; as a board member of the National School Plant Management Association; and as a board member of the Missouri Community Action Network.

Small has received several recognitions throughout his career, including Harvard University’s International “New Superintendent” Award in 1997; Ingram Magazine’s “40 Top Leaders Under 40” for the Kansas City market in 2002; and the Kansas City Truman Heartland Foundation “Citizen of the Year” Award in 2007, among others.

“Chris presented CAPNCM with a steady and seasoned hand in leadership at the very time we needed it. He instilled a new perspective to our agency that honors community action’s past, but is not beholden to it. Early in his career, he was among the young mavericks in ‘new’ school leadership. Toward the end of his career, he brought CAPNCM new and innovative ideas on how we might best serve those in poverty. Community action is lucky to have had his outside-the-box thinking, and he is the consummate professional. We will miss his humor and dedication in a profession that is very tough many days,” said Rick Smith, CAPNCM Board President.

The CAPNCM Board of Directors will begin the hiring process for the executive director later this fall 2022. To facilitate a smooth transition, Dr. Small will remain in his post until March 2023.