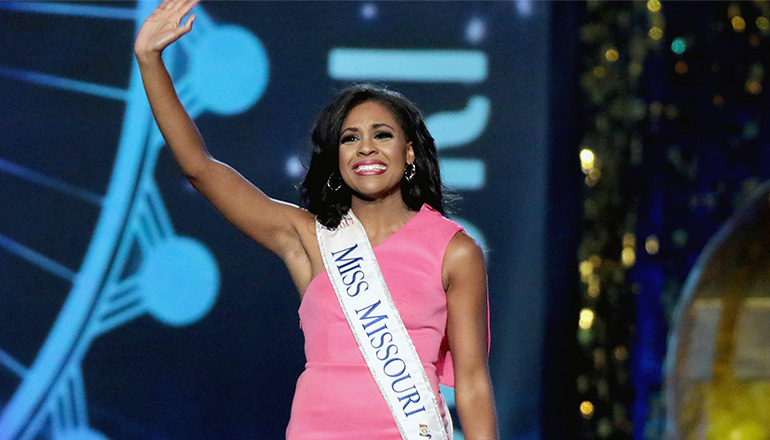 Miss Missouri Jennifer Davis last night finished as the first runner-up in the Miss America Pageant held in Atlantic City and picks up a $25,000 scholarship.

In an interview prior to the Miss America Pageant, 23-year-old Davis said she was been competing in pageants since she was a year old.

Jennifer Davis’s pageant platform, Diversity Matters, is the same topic as a children’s book she has written.

Jennifer Davis is from St. Charles and was crowned Miss Missouri this summer. She graduated with a bachelor’s degree in communications from St. Louis University. She is a minority and her brother is a homosexual.

The new Miss America is Cora Mund from North Dakota. She wins a $50,000 scholarship and will receive a six figure salary.