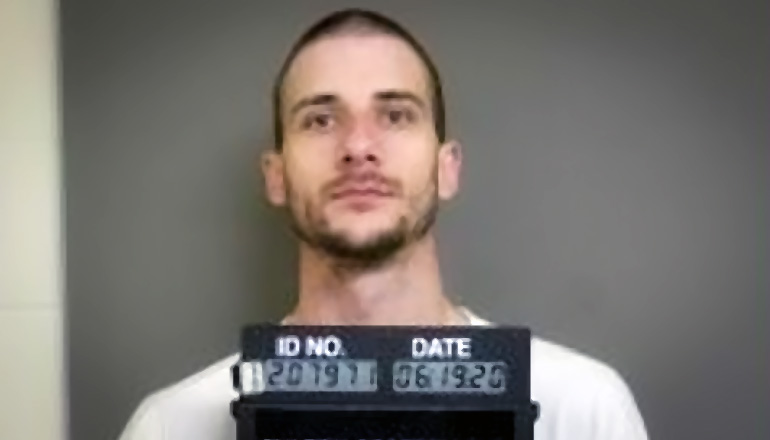 A man described as homeless has been charged in Daviess County with multiple felonies after a house fire at the home of his adopted parents in Jameson.

A probable cause statement from Daviess County Sheriff Deputy Loreanna Parker reports Rouner’s parents left their home to go to a church meeting on May 31st about 8:30 in the morning. They received a call from a neighbor around 10 o’clock that their house was on fire. The home was fully engulfed in flames when the couple arrived home at 10:30.

Parker accuses Rouner of entering the residence May 31stand taking jewelry from the dresser in the master bedroom, two Mossberg 12 gauge shotguns from a closet, and a .22 rifle and Colt 22 revolver from the master bedroom. Rouner is also accused of stealing a Dodge Ram pickup truck parked in the driveway and a Savage 17 rifle stored under the backseat of the truck.

Parker says the pickup truck was recovered by the Kansas City, Kansas Police Department after a pursuit in which Rouner drove the vehicle to flee from police. Several pieces of stolen jewelry were reported to be recovered that belonged to one of Rouner’s parents. Methamphetamine was allegedly recovered from the vehicle as well.

The probable cause statement notes Rouner was released from prison in February and already had a warrant for his arrest for tampering with a motor vehicle and burglary before this incident. He was on parole and has a criminal history of property damage, assault, possession of a controlled substance, and burglary. It was noted he is known to abscond.

The Missouri Department of Corrections reports Rouner is currently incarcerated at the Fulton Reception and Diagnostic Center.