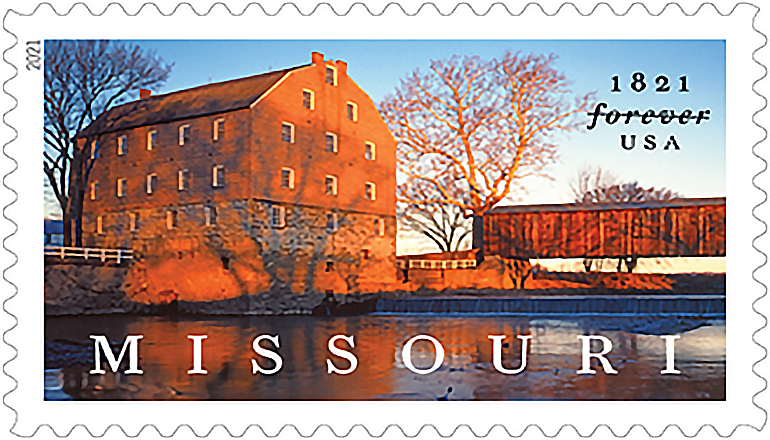 On August 10, 2021, Missouri turns the ripe age of 200 years old. The U.S. Postal Service plans to release several new stamps in 2021, including one to showcase Missouri’s bicentennial birthday.

The stamp art is an existing photograph by prominent landscape photographer Charles Gurche. It features the Bollinger Mill State Historic Site in southeast Missouri’s Cape Girardeau County. The artwork also captures the four-story mill sitting along the Whitewater River with the Burfordville Covered Bridge nearby -one of just four covered bridges remaining in Missouri.

The mill turned wheat and corn into flour and meal dating back to the Civil War era. It was burned by the Union army during the war to prevent the supply of flour and meal to the Confederate army. After the war ended, the site was rebuilt in 1867 into the current structure.

The mill and covered bridge are both on the National Register of Historic Places.

The state plans to hold other events to honor the bicentennial of Missouri statehood.