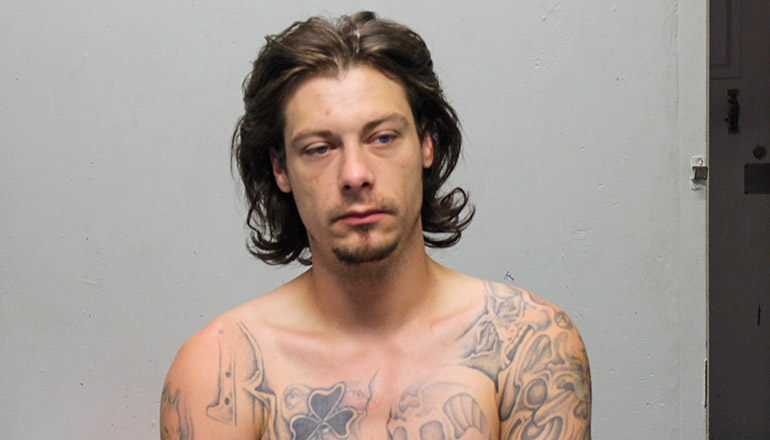 An individual who fled from a Livingston County Deputy late Saturday afternoon was arrested at Mooresville and taken by ambulance to Hedrick Medical Center in Chillicothe after complaining of chest pain.

Sheriff cox said the suspect pointed at the deputy with what the deputy believed was a handgun in a soft nylon style carry bag. The deputy was readily armed, and the suspect made the correct decision and threw the bag into a large area of tall weeds. The suspect was arrested and an ambulance was summoned when the person complained of chest pain.

Chillicothe Emergency Services provided treatment and transported the suspect to Hedrick Medical Center while a deputy stood guard. Another deputy arrived at Mooresville to assist and the patrol was called to investigate the motorcycle accident, while K-9 Zaki was used for an article search in the tall weeds.  Officers recovered a fully loaded handgun from the bag, a used digital scale, meth pipe with methamphetamine, and other items. Cash was seized at the scene and at the hospital.

The suspect, 28-year-old Matthew Aaron Case, has an outstanding felony arrest warrant and a report is to be submitted to the Prosecuting Attorney for consideration of charges.

Sheriff cox said fortunately, no firearm was discharged by anyone, and no one else was injured.