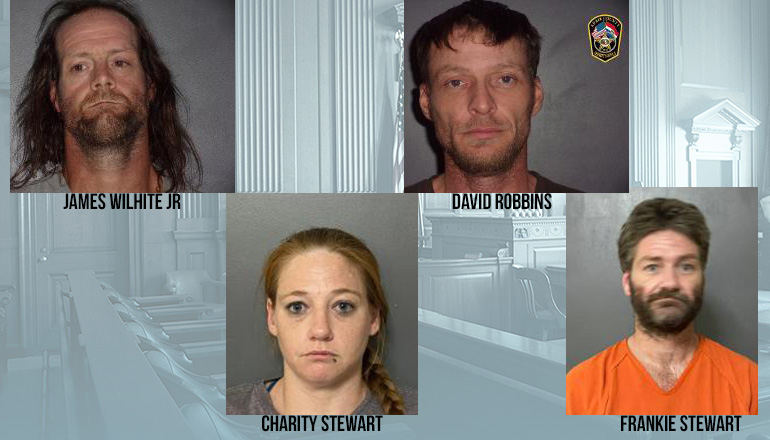 The Missouri State Highway Patrol on Tuesday reported the arrests of five Kirksville adults on multiple counts involving drugs and other violations in Adair County.

David Robbins and Frankie Stewart, both age 44 and from Kirksville, were taken into custody on a probation and parole warrant for absconding, felony possession of methamphetamines, and possession of drug paraphernalia.

Forty-two-year-old Charity Stewart of Kirksville was arrested for felony drug possession of methamphetamines and possession of drug paraphernalia.

All were taken to the Adair County Jail.