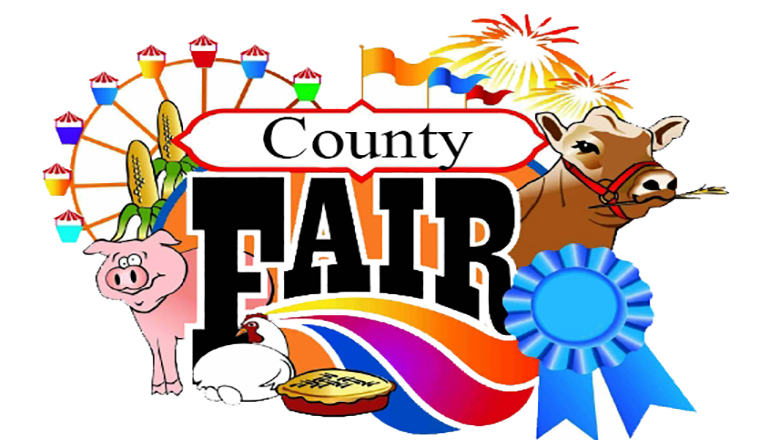 The North Central Missouri Fair Parade will be back this year after not having one last year. Line up will begin August 3rd at 5 o’clock in the evening, and the parade will start at 17th and Normal streets at 5:30.

Spokesperson Michelle Shaw says the parade will take the normal route and end near McDonald’s.

Parade organizers are looking for entries.

Shaw notes there will be no categories for judging or prizes this year.

Dave Burkeybile will report on the North Central Missouri Fair Parade from Ninth and Main streets August 3rd. The report will air on 92.3 KTTN-FM.

Contact the Trenton Area Chamber of Commerce by the close of business July 30th to enter the parade at 660-359-4324.

General information about the fair can be found on the North Central Missouri Fair website.

Exhibits will start arriving next week for the North Central Missouri Fair.

Fine arts items will be accepted at the Arts Building in the Trenton Rock Barn Courtyard August 2nd from 5 to 7 o’clock in the evening and August 3rd from 10 o’clock to noon.

Each item will cost $1 to enter. Categories for fine arts are listed on the fair website.

Exhibits will be judged August 3rd. Shaw says there will be ribbons given and a people’s choice award.

The Arts Building will be open after the North Central Missouri Fair Parade August 3rd from 6 to 9 o’clock for viewing as well as August 4th through 6th from 5 to 9 o’clock each evening.

Fine arts items should be picked up August 7th from 10 o’clock to noon.

There will also be adult, junior, horticulture, nursing home, and Opportunity Center exhibits at the Rock Barn. Spokesperson Carol Ausberger says those exhibits will arrive August 3rd from 8 o’clock to 1:30.

Exhibits can be submitted for free. Judging will be done August 3rd, and ribbons will be given.

Ausberger notes there are some special interest awards from community members.

The Rock Barn will be open for viewing after the parade until 9 o’clock. The Rock Barn is also planned to be open August 4th through 6th from 5 to 9 o’clock each evening.

Floriculture exhibits for youth and adults will arrive at the Rock Barn August 5th from 8:30 to 10:30 in the morning. Ausberger notes Connie Olmstead will work with youth in arranging flowers.

Anyone who needs exhibit tags for the North Central Missouri Fair can check with the University of Missouri Extension Office in Trenton or come by the KTTN office.

Trenton FFA will hold its FFA Alumni Barbecue at the North Central Missouri Fair to raise money for Washington Leadership Conference scholarships and other academic scholarships.

Colton Roy with Trenton FFA says a sit-down meal will be at the livestock pavilion August 3rd at 6 o’clock in the evening.

Meals will include pulled pork, chips, cookies, and drinks. The cost is $7 per plate.

Trenton FFA members and alumni will also run the FFA Cookshack. It will be open August 3rd after the barbecue as well as August 4th through 6th from 10 o’clock in the morning until the end of the livestock shows. The cookshack will be open for breakfast August 7th at 6:30 in the morning.

(Email [email protected] with comments or concerns regarding this article)