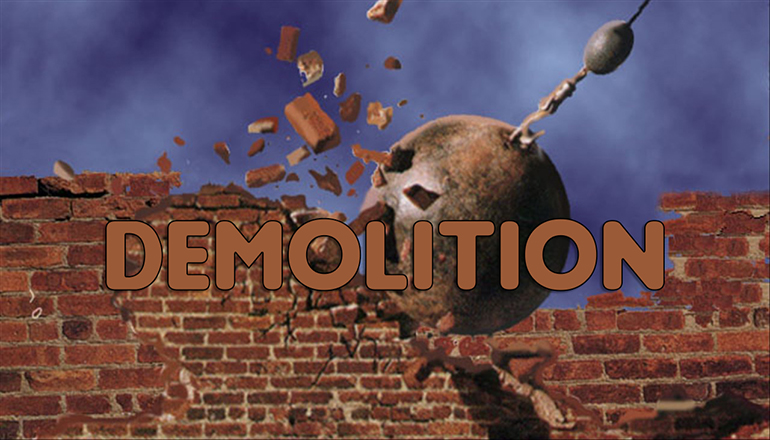 Subject to bids and cost-sharing between the city and owners, as many as nine structures could be demolished this year in Trenton.

Four of the locations also include a garage. Bids are due at the Trenton City Hall by 2 pm on April 19th. Interested contractors are to attend an April 12th meeting at 9 am for an inspection tour of the designated properties.

As in past years, the city of Trenton will pay up to $2,500 per location as long as the owners are willing to pay the rest of the cost for demolitions. The city council budgeted $50,000 for housing demolitions. Depending on the bids, and the owner’s financial involvement, it’s possible the available funds may run out before all properties are removed, debris is hauled off, the site is cleaned and brought up to grade. The vacant lot will remain the property of its owner.

Building inspector Wes Barone provided a list of addresses for the proposed demolition this year.

In no particular order, the list includes a house and garage at:

Others, where only the house is to be demolished, are:

Bids are sought for demolitions only. Asbestos inspection and abatement of hazardous materials will be done by others. Debris including concrete steps and walks are to be disposed of according to Department of Natural Resources regulations.