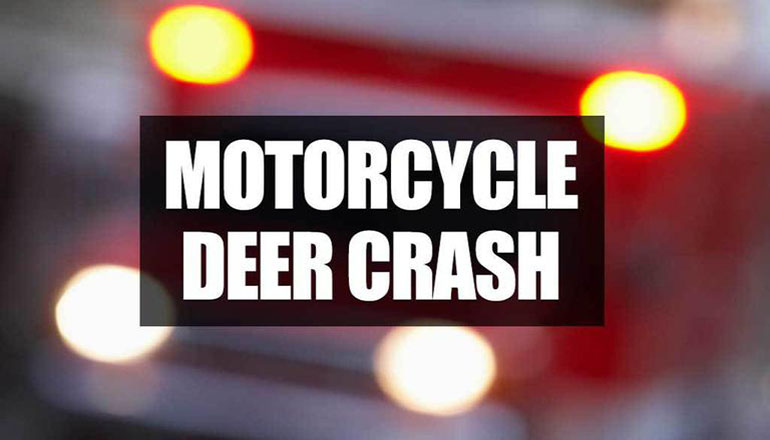 A highway patrol trooper reports a deer crossing Highway 146 jumped over a moving motorcycle when the operator was struck in the head, causing him to lose consciousness.

The accident occurred just after 9 p.m. on Monday, two miles north of Edinburg. Morrison had been northbound on Highway 146 when, after being struck by the deer, the motorcycle went off the east side of the road where it struck an embankment and overturned onto its side.

The motorcycle was demolished, and the patrol report noted Morrison was using safety equipment.