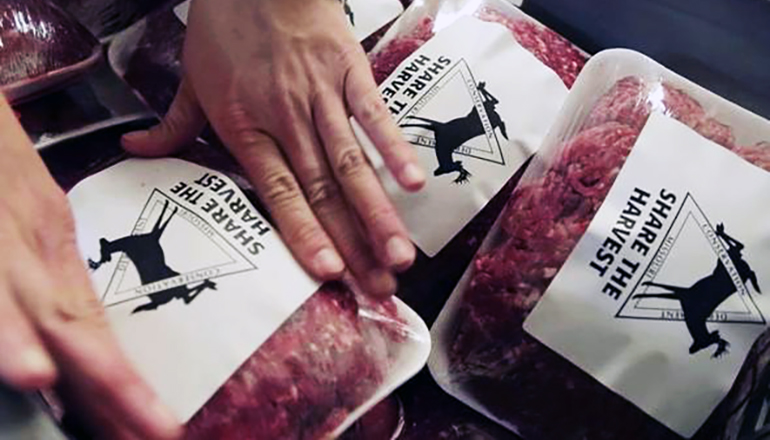 With deer hunting in Missouri opening for archery season on Sept. 15 and for firearms portions in the coming months, the Missouri Department of Conservation wants hunters, landowners, and others to know key information about chronic wasting disease (CWD) and the Department’s related efforts to limit the spread of CWD in Missouri deer by finding new cases as early as possible and slowing its spread to more deer or more areas.

MDC will again offer statewide voluntary CWD sampling and testing of harvested deer during the entire deer season at select locations throughout the state. Sampling and test results are free. Participating hunters can get test results for CWD-sampled deer online at mdc.mo.gov/CWDTestResults within weeks after the sampling date.

Find locations and more information online at mdc.mo.gov/cwd or by contacting an MDC regional office.

Hunters who harvest deer in any county of the CWD Management Zone during the opening weekend of the November portion of the fall firearms deer season (Nov. 14 and 15) are required to take their harvested deer, or the head, on the day of harvest to one of MDC’s 71 CWD sampling stations throughout the zone.

Hunters must follow carcass movement restrictions when traveling to a sampling station (see Carcass Movement and Disposal section below).

Sampling and test results are free. Participating hunters can get test results for CWD-sampled deer online at mdc.mo.gov/CWDTestResults within weeks after the sampling date.

Find the list of sampling locations online at mdc.mo.gov/cwd or from MDC’s 2020 Fall Deer and Turkey Hunting Regulations & Information booklet, available where permits are sold and online at huntfish.mdc.mo.gov/fall-deer-and-turkey-hunting-regulations-and-information.

Any changes to mandatory sampling requirements due to the ongoing COVID-19 pandemic will be posted by Nov. 1 at mdc.mo.gov/cwd and be available from MDC regional offices.

MDC will be taking precautionary measures at sampling stations this year given the COVID-19 pandemic:

Before Having Deer Sampled During Mandatory CWD Sampling

Carcasses or remains of CWD-infected deer can expose other deer to the disease. Process deer as close as possible to where harvested. Place remaining carcass parts in trash bags and properly dispose of them in the trash or a landfill. If necessary, bury or leave remains at the harvest site.

Regulation changes for hunters who harvest deer in Missouri from a CWD Management Zone county are:

Regulation changes for hunters bringing deer and other cervids into Missouri from another state are:

Regulation changes for taxidermists and meat processors are:

MDC encourages hunters who will have deer professionally processed to check with meat processors regarding their availability to process harvested deer. Some meat processors around the state are reporting higher-than-normal business and may not be accepting deer for processing or will have significant delays in processing deer.

Missouri’s Share the Harvest program helps deer hunters donate venison to those in need. To participate, take harvested deer to an approved meat processor and let the processor know how much venison is to be donated.

Deer harvested within the CWD Management Zone may only be donated to approved processors in the Share the Harvest CWD Testing Program. Deer harvested outside of the CWD Management Zone may be donated to any Share the Harvest processor. Learn more online at mdc.mo.gov/share or from MDC’s 2020 Fall Deer and Turkey Hunting Regulations & Information booklet.

For deer that were sampled for CWD before being taken to an approved processor for donation, present the CWD barcode number provided at the sampling station to the processor as proof of sampling. If a sample has not been collected before donation, the processor will collect the sample or remove the head and submit it to MDC for sampling.

For more information on how to quarter a harvested deer using the “gutless method,” watch the MDC video at https://youtu.be/m6Pxo0wOHxk.

For information on traditional field dressing, watch the MDC video at https://youtu.be/67_GqoBLxlc.

CWD is a deadly disease in white-tailed deer and other members of the deer family, called cervids. The disease has no vaccine or cure and eventually kills all cervids it infects. The infectious prions that cause CWD are most concentrated in the spines and heads of cervids. Moving potentially infected cervid carcasses out of the immediate areas where they were harvested and improperly disposing of them can spread the disease. MDC has established a CWD Management Zone consisting of counties in or near where CWD has been found.

There have been no reported cases of CWD infecting people, but the Centers for Disease Control and Prevention (CDC) strongly recommends having deer tested for CWD if harvested in an area known to have the disease. The CDC also recommends not eating meat from animals that test positive for CWD.