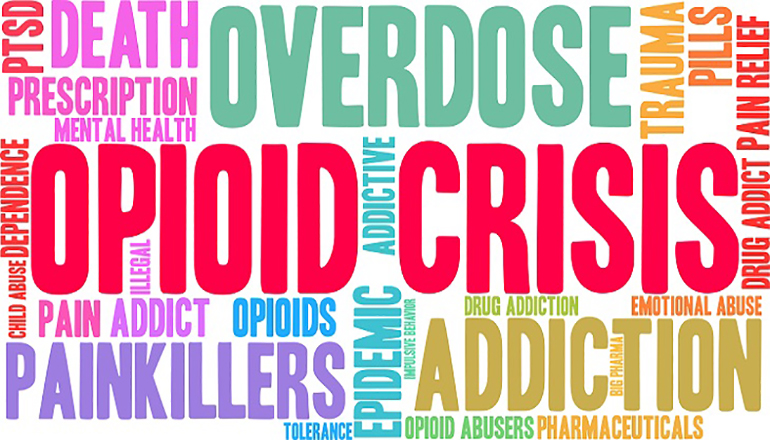 The widespread opioid epidemic is considered a public health crisis and for years has been an ongoing challenge in Missouri and across the nation. Missouri’s Department of Health and Senior Services (DHSS) continues to be innovative in its efforts to help people affected by this epidemic.

“What we are dealing with in Missouri is an increased presence of fentanyl and carfentanil which presents an even greater risk for opioid overdose,” said Dr. Randall Williams, director of DHSS. “We will continue to concentrate on upstream approaches toward prevention of opioid misuse while simultaneously instituting new measures that will prevent fentanyl overdoses.”

This year, DHSS implemented a new program in St. Louis, where overdose deaths are the highest in the state. A collaborative Community Resource Response Team (CRRT) was created to reduce overdose deaths and homicides within the boundaries of the City of St. Louis. A mobile command unit travels to sites of overdoses to arrange follow-up services for survivors. During June 2019, the unit responded to 210 calls that involved actual overdoses.

On July 24, standing orders were signed by Dr. Randall Williams, director of DHSS, to provide free Narcan for emergency use in Missouri high schools, YMCA organizations, public libraries, and colleges/universities. Missouri law also now authorizes pharmacists to dispense Naloxone without a prescription under a statewide standing order issued by DHSS or by protocol with a licensed physician. The MORE Project (Missouri Overdose Rescue & Education) is annually granted $800,000 to provide Naloxone and training to all first responders in Missouri. Naloxone is a medication used to counter the effects of an opioid overdose.

“Our great concern is that people may unknowingly receive products laced with fentanyl and carfentanil, and we think it is very important that we increase awareness of this trend,” said Williams.

Representatives from DHSS met with St. Louis County and St. Louis City public health officials on July 19 with plans to use data to better target resources for post-non-fatal overdose and Substance Use Disorder interdiction efforts.

The Bureau of Narcotics and Dangerous Drugs (BNDD) within DHSS maintains a registry, as required by state law, of the individuals and firms who prescribe, dispense or otherwise conduct activities which involve controlled substances. BNDD conducts routine inspections and audits of these records and initiates investigations when necessary. In the fiscal year 2019, BNDD’s discipline actions increased by 86 percent, and enforcement actions increased by 65 percent. Additionally, BNDD’s case referrals to other law enforcement agencies increased by 25 percent.

DHSS, with funding from the Centers for Disease Control and Prevention (CDC), is working to finalize county-level vulnerability assessments that will help identify areas of the state that are at the greatest risk for opioid overdoses and bloodborne infections, and findings will be used to allocate resources and target response and prevention services.

In 2017, the U.S. Department of Health and Human Services announced that one of its primary strategies to combat this epidemic was Public Health Surveillance and Research, with programs that offer grants and technical assistance to states, including Missouri, to help track developments and respond to the crisis in real-time. The data is used to help track overdoses, fatal and non-fatal, throughout the state, as well as information points to help identify populations most susceptible to a substance use disorder.

This week, the CDC’s National Center for Health Statistics released provisional counts of overdose deaths in the United States. These nationwide statistics showed a decline of 5.1 percent from 2017 to 2018. After a year in which the number of overdose deaths in Missouri went from 908 (2016) to 951 (2017), the number of deaths rebounded upward to 1,132 last year*. Half of these deaths occurred in the St. Louis area.

Greater provision of public health-related services
An often-overlooked consequence of the opioid crisis is increased incidence of bloodborne infections (including hepatitis B, hepatitis C, and HIV) as a result of sharing unsterile injection drug equipment. Recent outbreaks of hepatitis A have also been linked to people who use injection or other drugs, and DHSS is working with local public health partners to incorporate HIV and viral hepatitis education and testing, hepatitis A vaccination, and referral to care services into programs and sites that are frequented by people who use drugs.