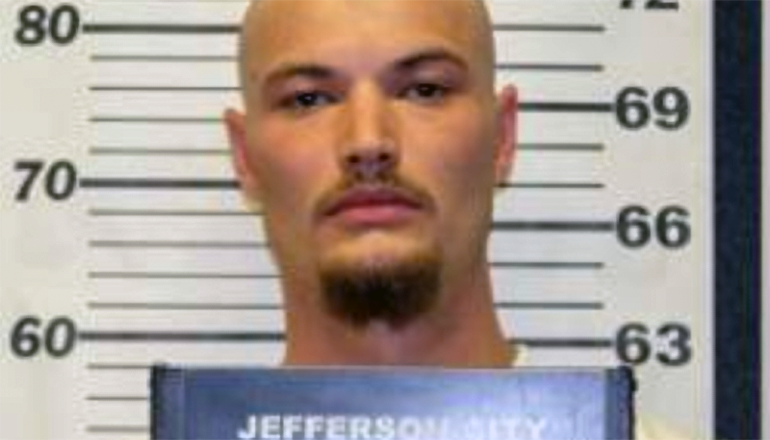 A Kansas City man who law enforcement reported escaped from the Mercer County Jail twice in August 2019 entered a plea of guilty to multiple charges on February 10th and was sentenced.

Online court information shows, in one case, 29-year-old Drake Andrew Kately was sentenced to the Department of Corrections for five years on first-degree felony assault and seven years on felony unlawful possession of a firearm. Those sentences are to run concurrently with each other and consecutively with a sentence imposed in a case in which he was charged with felony escape or attempted escape from custody while under arrest for a felony. He was sentenced to four years on that escape charge.

Kately was sentenced to the county jail for one year each on misdemeanor charges of resisting or interfering with arrest, detention, or stop and driving while revoked or suspended—second or third offense. Those sentences are to be concurrent with each other and concurrent with the sentences imposed on the felony charges. He was given credit for jail time waiting for the disposition of charge.

In a third case, he was sentenced to the Department of Corrections for four years each on another felony charge of escape or attempted escape from custody while under arrest for a felony and felony damage to jail or jail property. Those sentences are to run concurrently with each other and concurrently with the sentences imposed in the other two cases.

Former Mercer County Sheriff Stephen Stockman previously reported Kately escaped from jail on August 9th, 2019 by digging in the dirt at the bottom of a fence around the outside exercise area, stripping off his clothes, and sliding under. He was said to escape again on August 28th by breaking and bending metal mesh on the rear side of a cell and sliding out between the wall and the cell. It was believed he exited the building through the boiler room’s old chute door.

Other media outlets reported the United States Marshal’s Service in Delaware arrested Kately in November 2019 after he was found “living off the grid.”