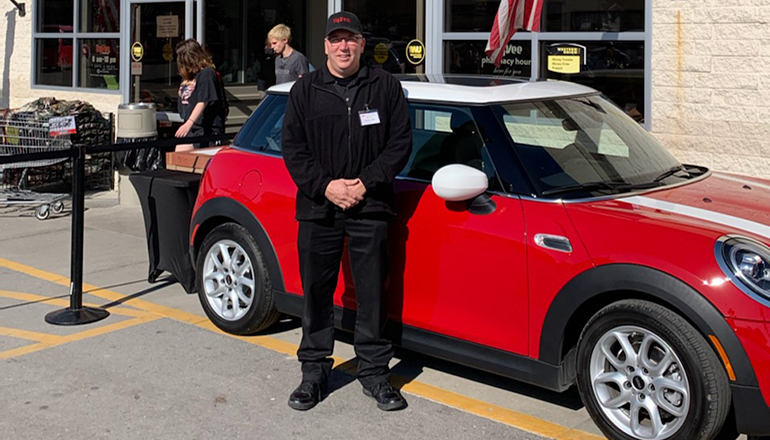 A long time employee of the Trenton HyVee Food Store, Keith Herring, was presented with a major prize as part of the company’s 90th anniversary year

During an outdoor ceremony in front of family, friends, and store employees, Herring received the keys to a brand new, two-door, mini Cooper car which was red in color. A senior vice president of HyVee, Drew Holmes, made the presentation.  Herring’s wife is Tina and they reside southwest of Trenton.

The late Joel McCulley was honored with an award in 2015.

HyVee employees across the company’s eight-state region were entered into a drawing by using the new communication platform called “Retail Zipline.” Randomly selected winners each week since August 4th received prizes ranging from free trips and gift cards to apparel and more.

HyVee was founded in 1930 when a small supply store opened in Chariton, Iowa.  The grocer now has more than 275 stores encompassing over 85 thousand employees.