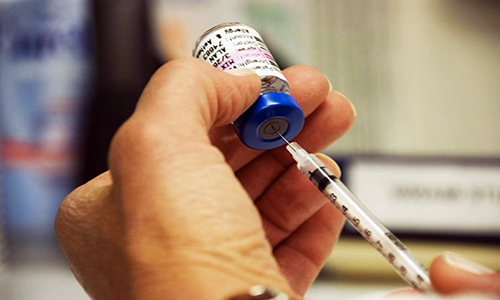 Missouri children attending daycares, K-12 public schools, or college might not be required to get vaccinated against certain illnesses – if they have a “conscientious belief” opposing the immunizations. Lebanon State Representative Suzie Pollock is proposing the change for vaccinations against polio, rubella, mumps, tetanus, whooping cough, hepatitis B, and others. Her bill would also mean the state’s roughly 120,000 K-12 private school students would not have to get those vaccinations.

Linda Neumann, with the Missouri Association of School Nurses, cites a study saying about 40-percent of parents against vaccinations oppose them for philosophical reasons and another 60-percent oppose them due to inconvenience.

During a House committee hearing, Pollock says the state needs to reign in schools and local health departments because she says they are making it tougher for parents to get student vaccination exemptions.

House Bill 37 would only require the meningitis vaccination for Missouri college students living in publicly owned housing. Linda Neumann with the Missouri Association of School Nurses says the bill would weaken the state’s immunization requirements for kids at a time when other states are strengthening theirs.