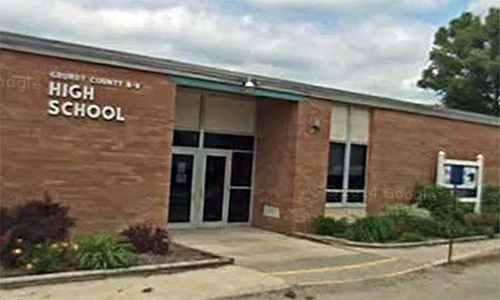 Board candidate filing dates have been set for the Grundy R-5 School District subject to the regular election on April 5, 2022.

The filing period opens on December 7 and closes on December 28, as stipulated in the new state law. Candidate filing at the school office in Galt can be done from 7:30 to 3:30 each day that school is in session. The exception is on the final day for filing, December 28, when candidates can file between 8 and 5 p.m. to have their names on the ballot.

At a meeting Thursday night, Grundy R-5’s board approved policy updates, the 2020-21 audit, and declared several items as surplus property. They will be disposed of via an online auction.

An announcement was made of a $2,700 grant to Grundy R-5 from the Patterson Family Foundation.  A discussion was held on plans to purchase gas appliances, replacing certain electrical appliances. No action was taken. Final items to be done on the bus barn project include some dirt work, doors, and the addition of an electrical fixture.

An announcement was made regarding the Christmas concert next month, which will be held on December 16 at 6:30 p.m.at the Grundy R-5 Elementary School in Humphreys. Information provided by Superintendent Phil Fox says the performance will include the elementary and middle school band.