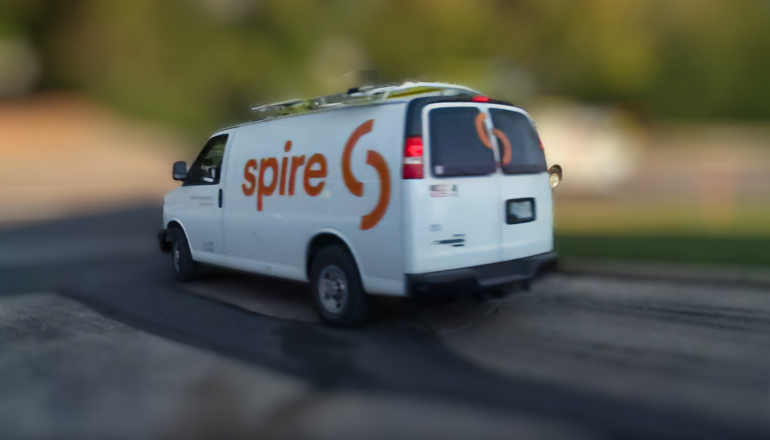 (Missouri Independent) – As federal energy regulators prepare to decide the fate of a St. Louis natural gas pipeline, Spire Missouri is warning customers their gas service could fail this winter.

Business industry groups and the utility maintain their responsibility to keep customers informed. But environmental groups and some local elected officials — who note federal regulators seem poised to extend the pipeline’s authorization — call it a fear campaign.

“Spire is using a crumb of uncertainty to create fear and distract from its self-dealing,” St. Louis County Councilwoman Lisa Clancy said in a virtual news conference with members of the Sierra Club and the Environmental Defense Fund Thursday afternoon.

She described Spire’s warning as a “manufactured crisis.”

The Spire STL Pipeline, which runs from Illinois into St. Louis, had its original permit vacated by a federal appeals court this summer. It’s operating on a temporary certificate issued by the Federal Energy Regulatory Commission that expires on December 13. That agency announced Thursday it would consider an extension of the certificate at its Nov. 18 meeting.

Last week, Spire Missouri warned its St. Louis area customers in an email that the pipeline was in jeopardy and forecasted dire circumstances for this winter if the pipeline’s certificate is not extended.

“We want to keep you informed and prepared for potential natural gas disruptions — and outages — this winter if the pipeline is not kept in service,” the email said, blaming a “New York-based environmental group” that challenged the pipeline in court.

In its news conference just before the environmental groups’ event, Spire maintained its goal was to inform, not fearmonger or pressure FERC.

“If we come up later and say there’s an issue, to the extent we’ve told customers in advance that that risk exists, hopefully, partly, they’re prepared for it and then they’re ready to work with us on our contingency plans, on how we keep them safe and how we control the system to our best ability while best serving the customer and best meeting their needs in that scenario,” Carter said.

Spire has built a webpage — spireenergy.com/critical — with a video warning of “serious service disruptions” and directing customers to submit supportive comments to FERC.

Since the email, St. Louis residents have submitted a flood of those comments to FERC, worrying they might lose gas service this winter.

“There are pros and cons to any source of energy but how can an activist group or judicial system just decide, right before winter, that we do not deserve the efficiency of OUR source of heat!” Kellie Tanksley, of St. Louis, wrote to FERC.

Battle over the pipeline

Spire announced its intent to build the pipeline in 2016 and invited natural gas “shippers” to enter contracts for the gas the pipeline would transport. None committed, according to an order from the U.S. Court of Appeals for the D.C. Circuit.

Under the Natural Gas Act, for FERC to issue a certificate for a gas company to build, it must find that the pipeline “is or will be required by the present or future public convenience and necessity.”

But Spire STL and Spire Missouri, which are affiliates, entered a contract for 87.5% of the pipeline’s capacity, which the court said was “plausible evidence of self-dealing.”

FERC granted Spire approval anyway in 2018 and denied a request from EDF for a rehearing. EDF has, among its members, St. Louis area landowners who lost property to the pipeline.

In September, FERC granted Spire a 90-day temporary certificate to allow it to keep operating the pipeline in the interim.

Natalie Karas, senior director and lead counsel for the Environmental Defense Fund, said she believes FERC will extend the pipeline’s certificate. EDF supports extending the certificate to ensure there are no disruptions to customers’ service.

But it wrote to FERC earlier this week to urge the agency to move quickly because of Spire’s messaging.

“In recent days, Spire Missouri has issued a harmful communication to its customers warning of potential outages and service disruptions,” the letter says. “Setting aside the problematic, numerous misstatements and omissions in this transmission, Spire’s email has created panic and fear throughout the St. Louis region, causing undue distress to its most vulnerable customers and also prompting vitriolic, personal attacks directed at EDF and its employees.”

While short natural gas supply brought energy and gas providers in parts of the Midwest to the brink and wreaked havoc in Texas, Spire argues its pipeline spared St. Louis customers a similar fate.

And since building the pipeline, which became operational in 2019, Spire Missouri stopped buying large amounts of natural gas from other pipelines in the region. The natural gas industry is also expected to face high prices for the winter.

Spire says it’s working on contingency plans. It’s expected to present those to the Missouri Public Service Commission next week. But without the pipeline’s capacity, the companies claim huge swaths of Spire Missouri’s customers could be left without service.

Spire STL Pipeline’s general counsel has said previously that without the pipeline, as many as 175,000 Spire customers would be at risk of losing service when temperatures dip below 9 degrees. At that point, the utility would have to pull from its reserves. If it had to deplete reserves completely, he said, service for as many as 400,000 customers could become unreliable at temperatures as warm as 38 degrees.

Spire STL Pipeline’s general counsel, Sean Jamieson, stressed during the news conference that, right now, there is “no guarantee” that the pipeline can keep operating.

St. Louis Alderwoman Christine Ingrassia called Spire’s communications to customers “extremely reckless.” She said she had heard from numerous constituents worried they would lose gas service in the dead of winter.

“I think that communicating with residents and customers is one thing, but what they did completely overstepped the line,” Ingrassia said.