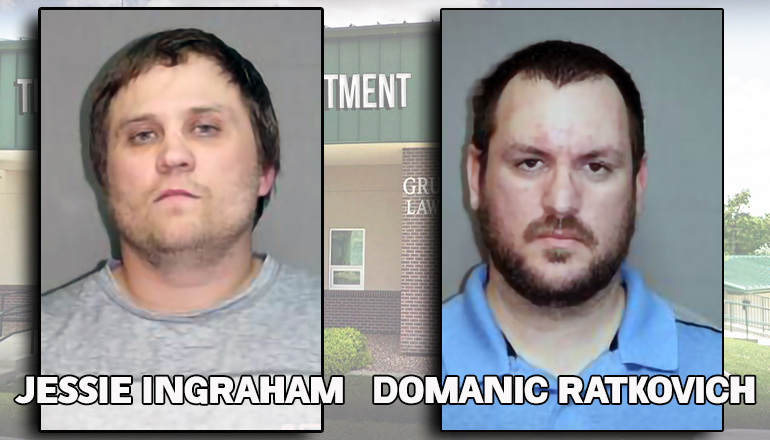 The Grundy County Sheriff’s Department reports one Trenton man was arrested and another turned himself in on March 30th. Both were charged with felony possession of a controlled substance.

Thirty-five-year-old Jessie Lee Ingraham was already in custody when he was arrested. Thirty-three-year-old Domanic James Lee Ratkovich turned himself in. Bond was set at $10,000 cash only for each. If bond is posted, bond is to be supervised by North Missouri Court Services with random urine analysis. The men are scheduled for the Associate Division of Grundy County Circuit Court on April 12th.

Grundy County Prosecuting Attorney Kelly Puckett considers Ingraham a prior and persistent offender and is punishable by a sentence to an extended term of imprisonment in that he has pleaded guilty to two or more felonies. Ingraham pleaded guilty in Livingston County Circuit Court in April 2015 to distributing or delivering not more than five grams of marijuana and in Grundy County Circuit Court in October 2020 to stealing $750 or more.

Puckett considers Ratkovich a prior offender in that he pleaded guilty in Grundy County Circuit Court in April 2019 to felony possession of a controlled substance.