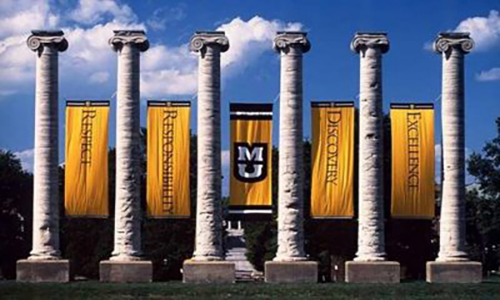 The opposition is growing to a proposed housing development on land owned by the University of Missouri that could disrupt popular outdoor destinations in the state.

The proposed subdivision on the Missouri Bluffs would include approximately 275 units and be built next to the Weldon Spring and Busch Conservation areas and Katy Trail State Park. Chair of the Public/Private Lands Committee of the Conservation Federation of Missouri Richard Orr penned a resolution opposing the move and says the area should be kept wild.

“High bluffs overlooking the Katy Trail, old-growth forest, a unique natural ecosystem that one would have assumed that the university would value keeping in its natural state, but in fact now they have entered into an arrangement to sell it to a homebuilder,” says Orr.

The Conservation Federation of Missouri and other groups, including the Missouri Sierra Club, Greenway Network and Katy Land Trust, are calling on the University of Missouri System president or its Board of Curators to stop the sale of this land.  Last year, the Saint Charles County Planning and Zoning Commission voted eight-to-one to reject the proposal but the County Council later approved it. The university says there will be a buffer between the development and Katy Trail, so it isn’t affected.

Hazelwood Democrat Paula Brown, who represents the state House district adjacent to the development, says a lot of green space would be lost and the Katy Trail disrupted if this plan moves forward. She recently visited the proposed site.  “It was cold out, and there were people pulling up, getting their bikes out and using this trail like crazy on a Friday afternoon, and they said that the traffic on this trail is pretty heavy,” says Brown. “I don’t know that people are going to want to ride that trail surrounded by a bunch of houses.”

Orr says the Weldon Spring Conservation Area is a special place for people in the region.  “The trails are tremendously popular with people from all over the St. Louis metro region and are used by hundreds and hundreds of families,” says Orr. “And anytime you do something like this project, it’s definitely going to lessen the quality of life for all the people in St. Charles County.”