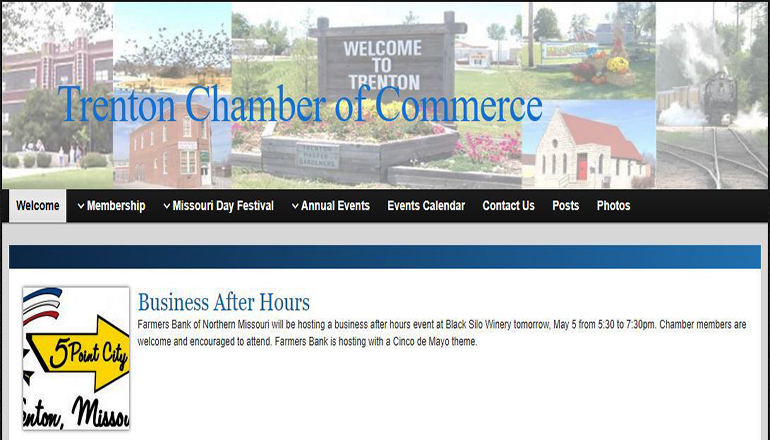 The Trenton Area Chamber of Commerce has selected a long-time retired businessman and a retired college instructor as its 2019 Pillars of the Community.

The Chamber will honor R. W. Keuhn and Phil Schlarb at its annual banquet at the New Hope Building the evening of March 15th. A social hour will begin at 5:30, and the meal will be served at 6 o’clock. The Pillars of the Community will be presented along with recognition of the Large and Small Businesses of the Year and Organization of the Year.

Trenton native R. W. Keuhn and his wife Twyla owned and operated The Gift Nook in the Eastgate Shopping Center from 1972 to their retirement in 2009. He served on boards for the Eastgate Merchants, Trenton Area Chamber of Commerce, and Grundy County Jewett Norris Library and is also a long-time trustee of the Edinburg Independent Order of Odd Fellows Cemetery.

Keuhn has been involved at the First Baptist Church of Trenton by teaching Sunday School, helping with the youth department, serving on several committees, and being a van driver, choir member, greeter, and ambassador. He has been a Boy Scout Troop 99 leader, Trenton Summer Baseball League coach, and North Central Missouri College Holiday Hoops volunteer. He has also assisted with the Marching Festival during the Missouri Day Festival.

Keuhn currently serves on the Community Food Pantry Board of Directors and volunteers at the pantry each week.

Phil Schlarb taught courses at Trenton Junior College/North Central Missouri College from 1972 to 2000 in the areas of accounting, management, computer applications, and economics. He became the Associate Dean of Vocational and Technical Education, served as a division chair, was the president of the Faculty Senate twice, chaired several committees, and charged the committees for the 50th, 65th, and 75th college anniversary celebrations.

Schlarb also helped initiate the college wellness program as well as the Groundhog Day Festival activities, which featured “Trenton Tessie” making her annual spring weather forecast. He served as Chamber president twice and was the chairman of the community’s sesquicentennial celebration in 2007. He served on the Trenton Park Board for six years and was a founding member of the Missouri Day Festival Committee, which he served on for nine years, including as president and festival director.

Schlarb has also been a member of the Four Dimensions Barbershop Quartet for 22 years. He and his wife Judy owned and operated Eastside Cleaning Center from 1972 to 2000, and he also owned Computer Aid from 1985 to 1991.

Tickets for the Trenton Area Chamber of Commerce Annual Banquet March 15th cost $35 each. Contact the Chamber to make reservations at 660-359-4234 for more information.