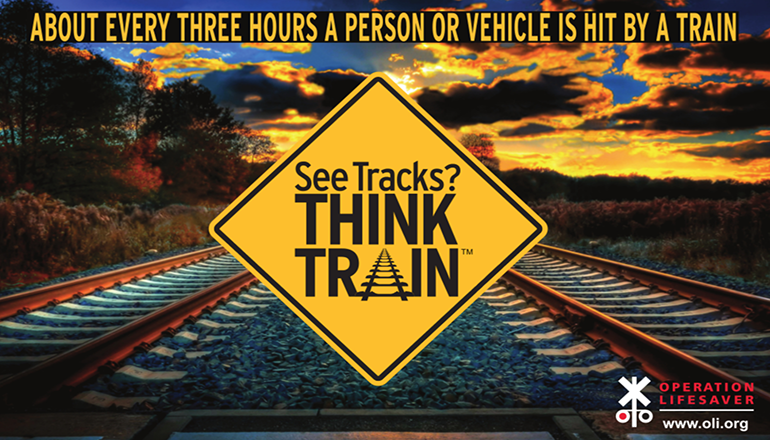 Each year, on average, there are 35 highway-rail crossing collisions and five fatalities in Missouri, in addition to injuries and fatalities suffered by people trespassing on train tracks.

“The goal of Rail Safety Week is to raise awareness of the need for rail safety education and empower the general public to keep themselves safe near highway-rail grade crossings and railroad rights-of-way,” said Bryan Ross, MoDOT’s railroad operations manager.

To promote rail safety in Missouri, MoDOT partners with Operation Lifesaver, Inc. OLI is a non-profit organization and nationally recognized leader of rail safety education. Since 1972, OLI remains committed to preventing collisions, injuries, and fatalities on and around railroad tracks and highway-rail grade crossings, with the support of public education programs in states across the U.S.

Here are some reminders to help everyone stay safe around railroads: