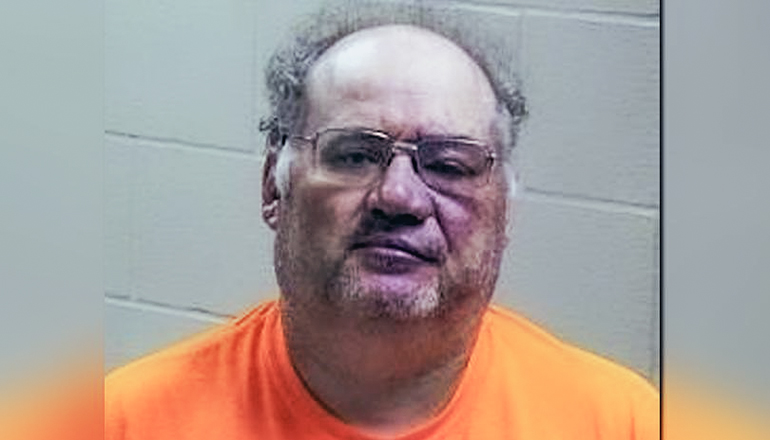 A southern Iowa man has been charged with attempted murder after allegedly using a tractor to spear a county sheriff’s car and push the vehicle more than 100 feet.

The Iowa Department of Public Safety says Decatur County Sheriff Ben Boswell and two deputies were called Thursday afternoon to a family dispute at a home near the tiny town of Grand River.

At approximately 3 p.m. Thursday, Sheriff Boswell and two other deputies were dispatched to 14163 128th Avenue in rural Grand River following a 911 call on a report of a family altercation. The initial responding deputy was confronted by Greenland, who was driving a John Deere 4250 tractor that was outfitted with a front-end bale spear. As the deputy drove up the driveway, Greenland drove the tractor towards the deputy’s vehicle. The deputy took evasive action and avoided contact with the tractor.

A short time later, Greenland drove his tractor towards a sheriff’s vehicle occupied by Sheriff Boswell, which was stopped on the grass next to the driveway. The tractor struck Sheriff Boswell’s vehicle, forcing one of the bale spears through the driver’s side door. Greenland pushed the sheriff and his vehicle more than 100 feet.

When the tractor and impaled sheriff’s vehicle came to rest, deputies were able to apprehend Greenland off of the tractor and take him into custody without further incident. Sheriff Boswell was not injured in the incident.

Deputies arrested Greenland on the attempted murder charge.  It wasn’t clear from online records if a Greenland has a lawyer who could comment on the incident.