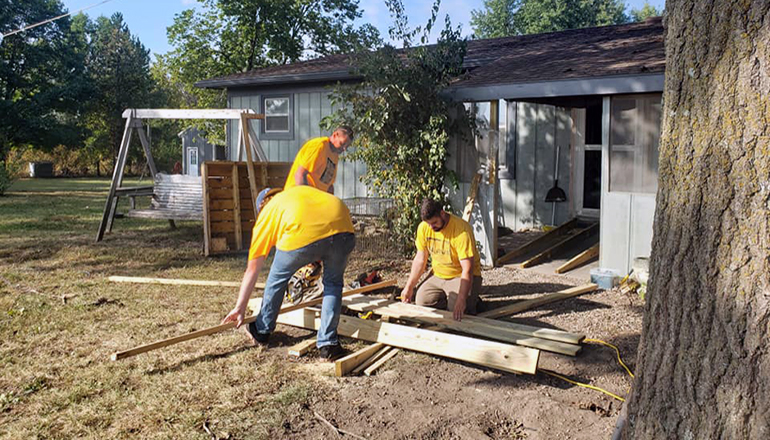 A group of individuals representing four area churches met for Serve Trenton this past Saturday and Sunday.

Spokesman Doctor Kevin Harris reported 12 improvement projects were completed by the volunteers. He noted these were done on behalf of the area’s elderly and indigent citizens.

The event began at CF Russell Stadium with prayer, worship, and a short message before splitting up into carpentry, painting, and tree/yard crews. Doctor Harris said volunteers wearing bright yellow shirts were working to show the love of Christ through acts of service.