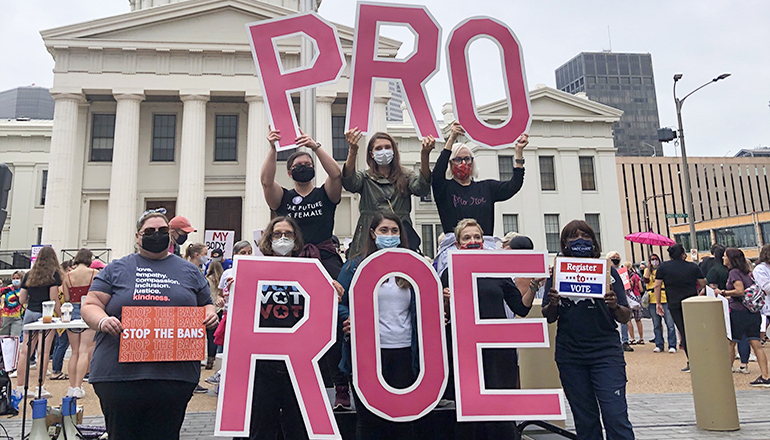 As the new U.S. Supreme Court session gears up, a new report found more than 36 million women in 26 states, including Missouri, could lose access to abortions if the court overturns Roe v. Wade.

Missouri has only one clinic where abortions are performed, the result of laws that, for instance, require providers to have admitting privileges at nearby hospitals, although research shows there’s no medical need for such permission.

Last month, the U.S. Supreme Court turned down a case regarding a Texas ban on abortions after six weeks, the nation’s most restrictive abortion law. The court plans to hear a case this session on a Mississippi 15-week ban, which, if upheld, would overturn the 1973 landmark Roe decision.

Missouri is one of many states with what’s known as an abortion “trigger law,” meaning it is crafted to go into effect if there is a change in court precedent. Rodriguez added without the Roe decision, it’s estimated thousands of Missouri women will have to turn to nearby states, like Illinois, where the right to end a pregnancy is protected by state law.

“In fact, this is already happening, even under Roe,” Rodriguez observed. “As we speak, the Texas abortion ban is wreaking havoc on abortion care throughout the South and Midwest. It is a devastating ripple effect that underscores that this is just not a Texas problem.”

Recent polls show nearly seven in ten Americans support the decision that established a pregnant person’s right to an abortion. Rodriguez believes the nation must change course if it wants to keep up with global advancements in health equity.

She noted there are moves to decriminalize abortion in other countries, including Chile, Argentina, and Mexico.